Controversial crossdresser, Bobrisky has announced that he will be undergoing gender reassignment surgery in 2021.

The crossdresser shared a post via Instagram on Saturday where he revealed that he has saved up some money for his surgery which will take place in Colombia.

Reacting to criticisms generated from the post, he noted that he has always wanted to be a woman right from when he was little, adding that a doctor named Philips will carry out the surgery on him.

In a follow-up post, Bobrisky penned a message to his critics indicating his reasons for opting for the sex change.

According to the self-proclaimed male barbie, being a woman is more profitable than being a man.

“Dis message is for you all to read before you judge me. I was formally a man for almost 25yrs, nothing to show for it. I kept struggling even with my certificate as a graduate of accounting in university of Lagos, nothing to still show for it. I saw how all my females friends were cashing out back then. I went home and think about my life. If I join robbery they will end up killing me, secondly I don’t even have that heart  to think to that dimension or to even scam people of their sweat . while I was growing I have a little bit of female features in me, so I decide to try what cross dressing look like. Under one yr of cross dressing I started making money. I was still surprise . So I gave my body more time, rubbing expensive creams, smelling good, using more of females body pills  and looking out for myself. Boom more money keep coming… men admiring me, women giving me endorsements from right and left. Short story I fit in as a female to a man. God bless all d women around d world.  many of you love me and accepted me, save me and I will always respect WOMEN.” 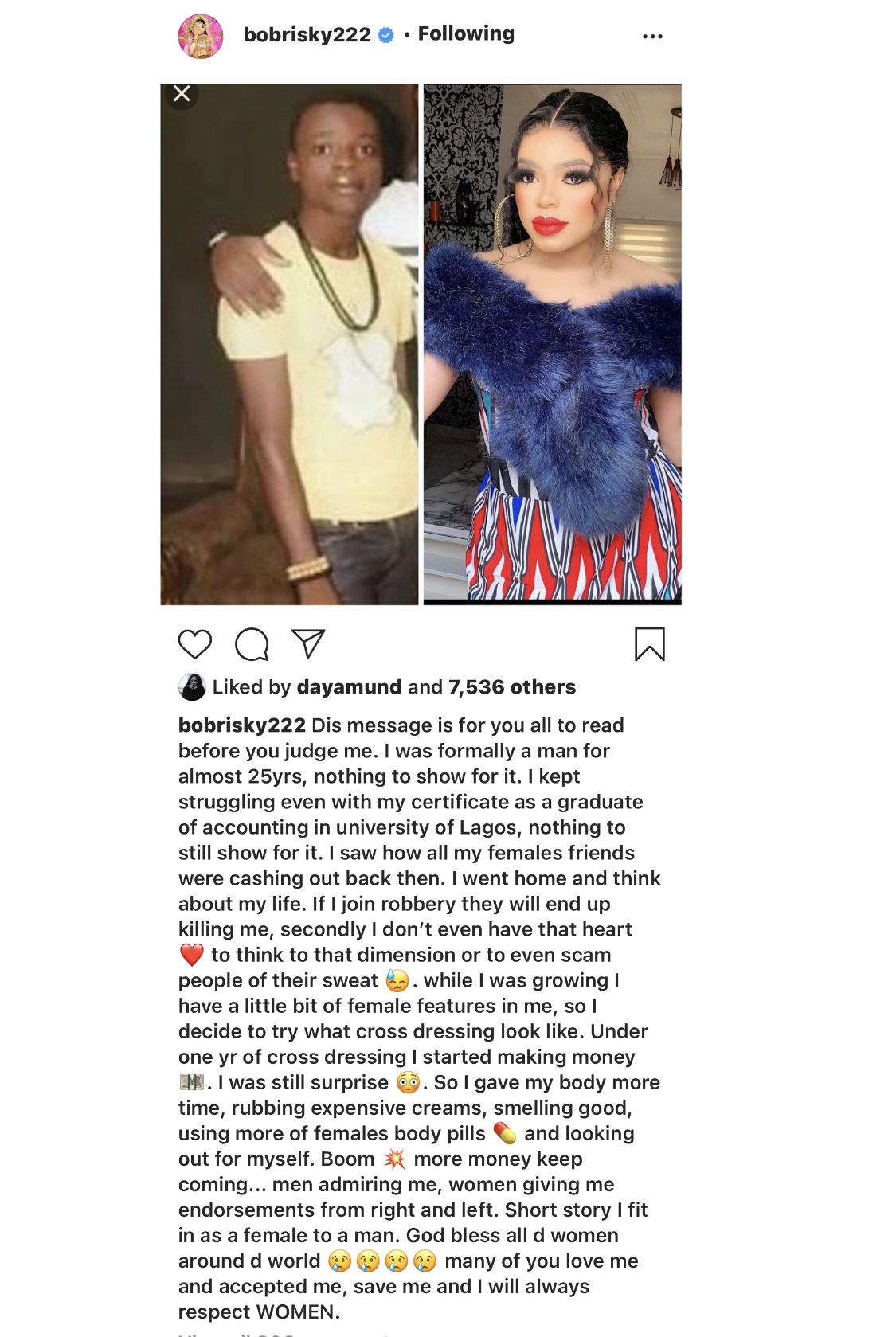