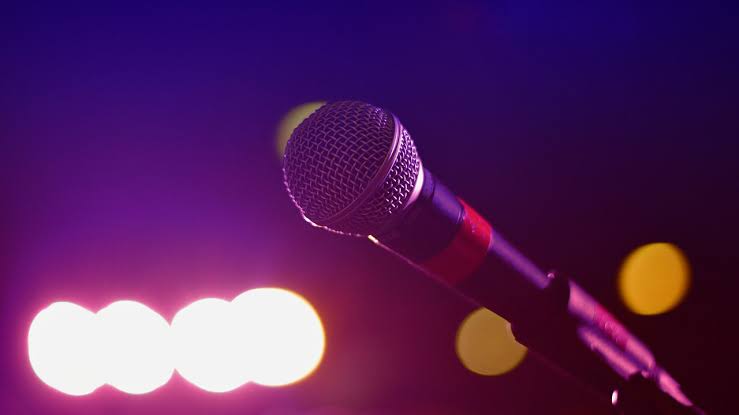 The music industry is a tough nut to crack but there are times where we’ve seen an artiste make a breakthrough with just one song.

We have also seen a scenario where different record labels approach the artiste with the intention of signing him or her. The artiste then picks one that resonates with his or her brand and pens his or her signature on the contract sometimes without even consulting a lawyer.

Years later, after the artiste becomes a household name, things get sour. The artiste and the label begin to feud because the contractual agreement no longer seems palatable.

It may also be because the artiste decided to start his or her own label and renege on the contract signed with the former label. A battle begins both parties and it ends up in the courtroom.

Information Nigeria has dug up some of the most notable feuds between musicians and their labels so far.

Cynthia Morgan finally returned to social media and she trended heavily after she claimed that Jude Okoye, the owner of record label, Northside Entertainment, took everything she owns away from her.

The singer made this known during an Instagram live session where she mentioned that she lost her name, VEVO and Instagram account due to bad contract. The singer also claimed that Okoye owes her an undisclosed amount of money.

Okoye, in a bid to vindicate himself, released a copy of the contract between both parties, eventually leading people to attack Morgan for her deliberate attempt at gaining sympathy through lies.

Nigerian singer, Kizz Daniel was embroiled in a gruelling battle with his then-record label, G Worldwide.

The reason for the dispute was reportedly over the singer’s breached the terms of his 7-year contract and exited the label without fulfilling the terms of his contract. Meanwhile, the singer was going through a lot as he had several restrictions when it came to collaborating with other artistes and he ultimately took off.

Due to the dispute, an injunction stopped him from performing throughout the festive period of December 2017. The singer had to change his stage name from ‘Kiss’ to ‘Kizz’. Though, he released his critically acclaimed and commercially successful Headies-winning 2016 debut album, New Era when he was signed to G Worldwide. The album contains hit singles ‘Woju’, ‘Laye’, ‘Good time’ and ‘Mama’.

In 2017, the singer started up his own record label, Flyboy Entertainment and he started churning out music again. The singer released his sophomore album, ‘No Bad Songz’ on the label.

G-Worldwide, however, still had the singer on a leash as they filed another N500 million lawsuit against him. The duo have since been in and out of the court trying to resolve the issue.

Brymo and Chocolate City music label have been at loggerheads following allegations of breach of contract.

The singer exited the music label in 2013 shortly after the release of his debut album, Son of A Carpenter. He had also accused the company of failing to promote the record and sidetracking him.

The music company then came out to say that the artiste had breached a five-year contract that required him to release three albums between 2011 and 2016.

The Chocolate City Entertainment Company reportedly said it invested almost N20 million on its former artiste, Ashimi Olawale Ibrahim (popularly known as Brymo), but failed to recoup up to N3 million. Hence, this led to a legal battle.

Runtown Vs Eric Many Entertainment

The singer and the music label have been embroiled in a legal tussle. The singer rose to fame after he released his song, Gallardo and he signed a multi-million naira contract with Eric Many Entertainment, owned by Prince Okwudili Umenyiora, billionaire CEO of Dilly Motors in 2014.

Their relationship eventually hit rock bottom and the music label accused the singer of breach of contract. The music label claimed the singer had been signing for and attending musical shows behind their backs. Runtown then sought to terminate his contract in May 2016 after finding it unfavourable. He alleged that there were payments he never received – from live performances, recorded royalty income (MTN Music Plus, caller ring back tunes), etc. The singer also alleged he received death threats from the label.

The label responded by getting an injunction that prevented the singer from performing at any event or any form of recording pending the determination of their lawsuit. They also obtained another injunction against him in the USA, where he was billed to kick off a US Tour.

Eventually, both parties went in and out of court to get justice.

The latest feud was between Temmie Ovwasa and her former record label boss, Olamide.

The music star recently called out the YBNL boss on her Twitter page and accused him of holding her back while she was with him.

Ovwasa levied some allegations against the singer in which she detailed everything that transpired while in the label.

The singer said that she spent a total of five years in the label but nothing to show for it.

According to her, Olamide had denied the privilege to release any song for three years and when she eventually did, she only dropped a total of four videos and songs.

Ovwasa also accused the rapper of refusing her to attend shows for no reason and she said that he pretended to be kind, when all he did was leave a trail of broken dreams.

The singer later shared a new update, saying that she had finally made peace with Olamide and added that she was grateful.