Some Nigerian ladies have come under fire after they publicly threatened to rape fast-rising singer, Omah Lay if they eventually meet him.

A video circulating on social media captures the moment the ladies declared their intentions while dancing to a song titled, “Infinity” by the singer and his colleague, Olamide.

Reacting to the video, some Twitter users pointed out the hypocrisy in the video, noting that “women privileges” exist and if the table were turned, the men would likely be fished out and apprehended.

Information Nigeria recalls that Omah Lay and Tems have been freed from police custody in Uganda and the charges against them has been withdrawn.

Some Shepetri offsprings publicly declare their interest to rape Nigerian artist, Omah Lay after his return from Ugandan Kirikiri. pic.twitter.com/PRNV5WuyNN 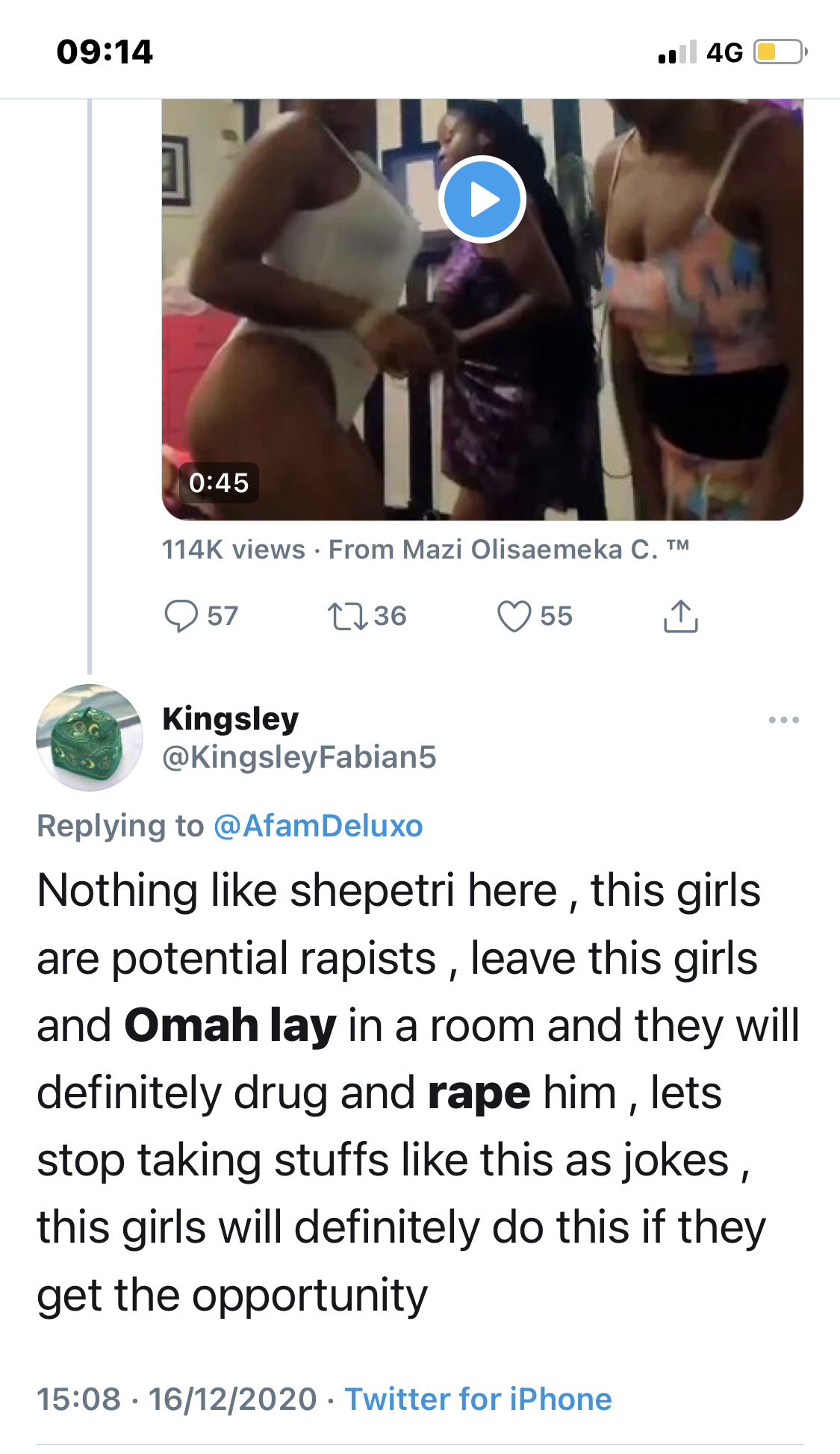 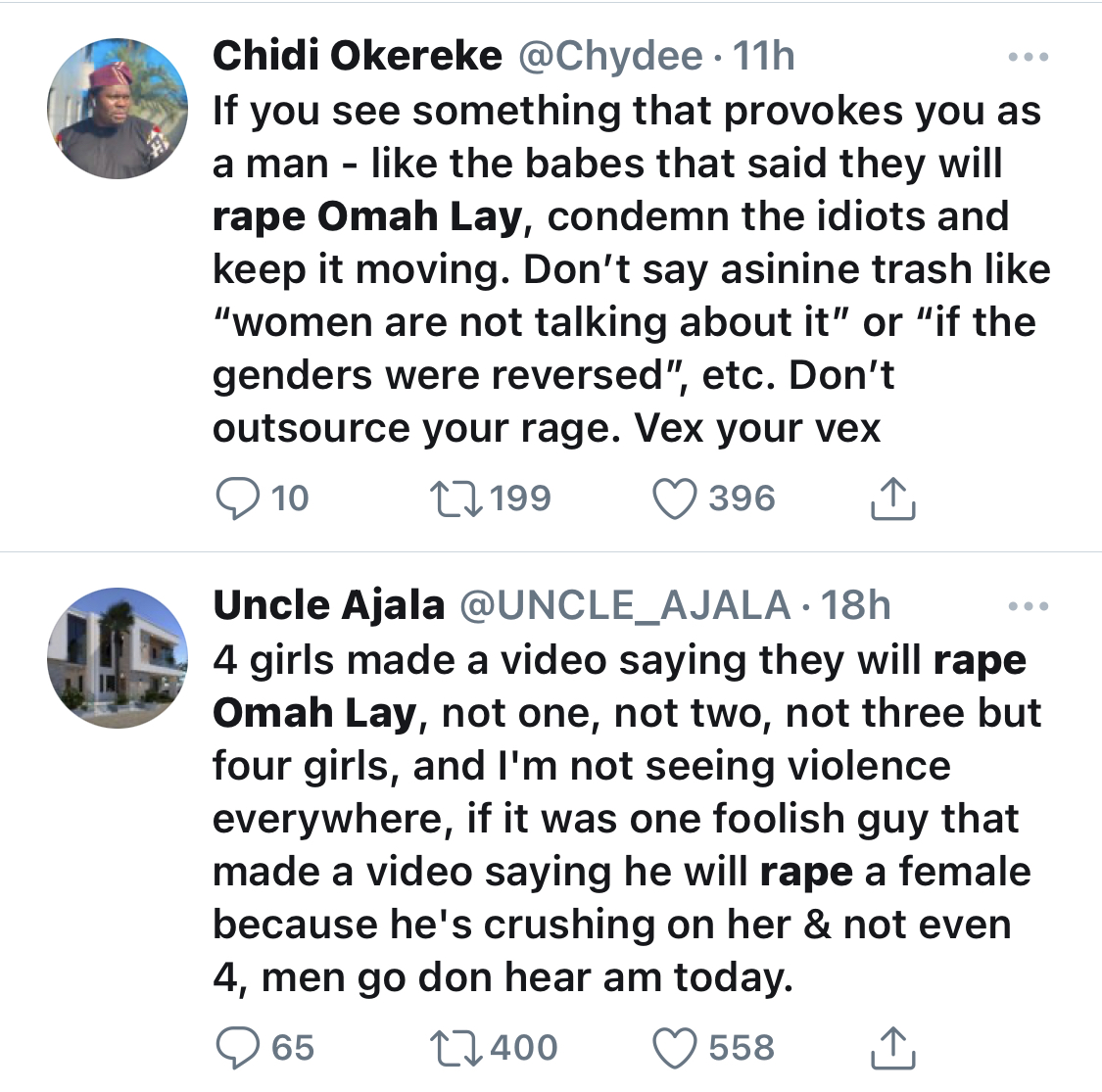 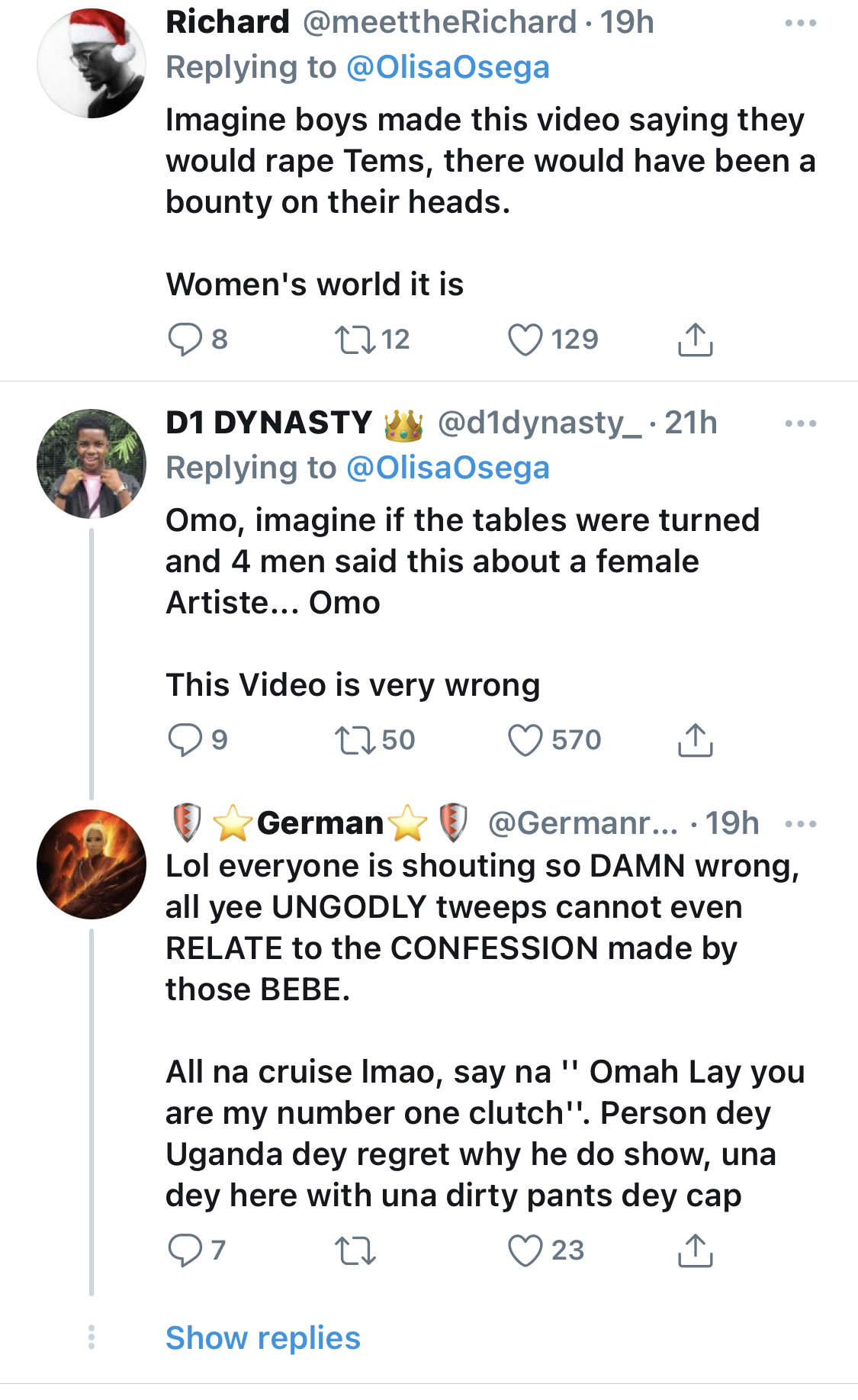