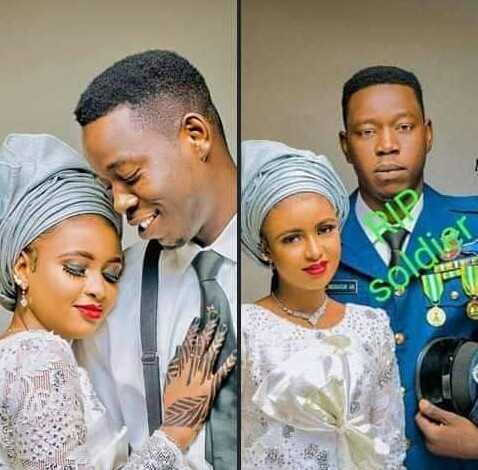 Late Abubakar WAS among the NAF personnel killed during a gun duel with armed bandits at Ungwan Laya near Birnin Gwari on Saturday, February 13.

According to reports posted on Facebook by his family, the gallant officer was set to get married in three weeks time and had shared his prewedding photos. 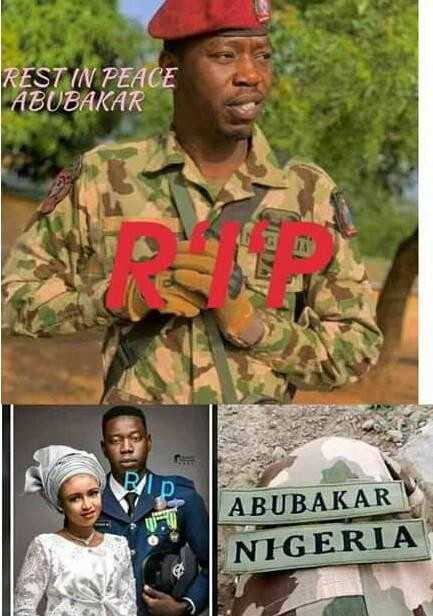 He was buried in his hometown in Ungwan Dosa, Kaduna North, Kaduna State at 4:pm on Sunday, February 14.

It will be recalled that troops of the 271 Nigerian Air Force (NAF) foiled an ambush by a group of armed bandits at Ungwan Laya near Birnin Gwari, killing many of them.

The NAF Director of Public Relations and Information, Ibikunle Daramola, who disclosed this in a statement in Abuja, said some NAF personnel were killed during the operation while a few others sustained varying degrees of injuries. 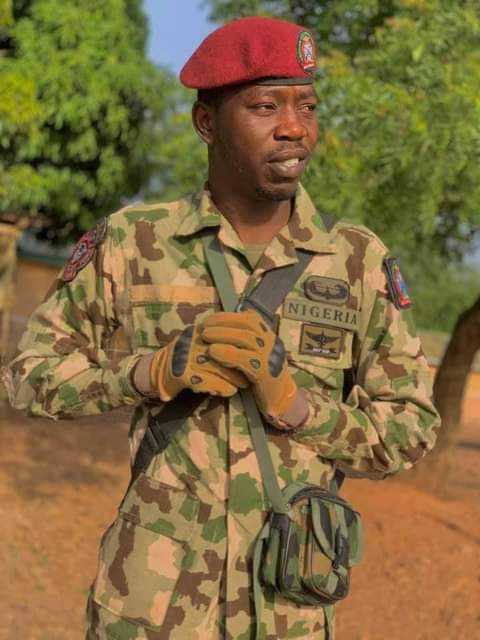 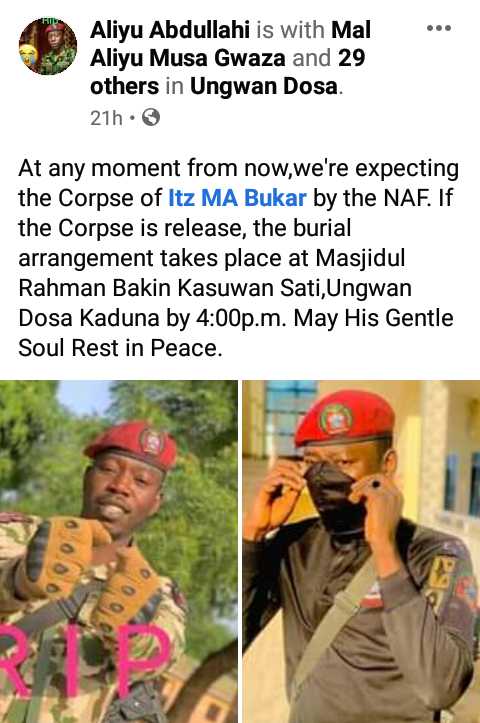 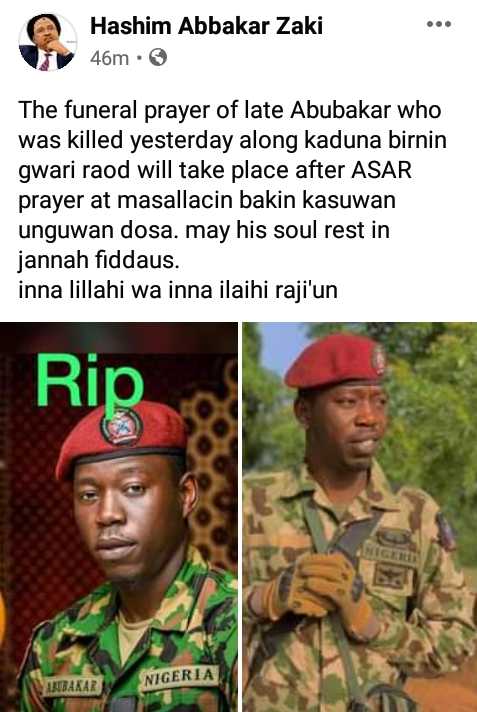 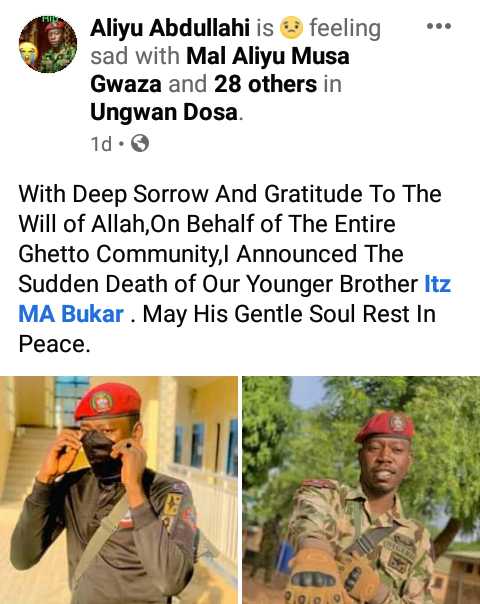 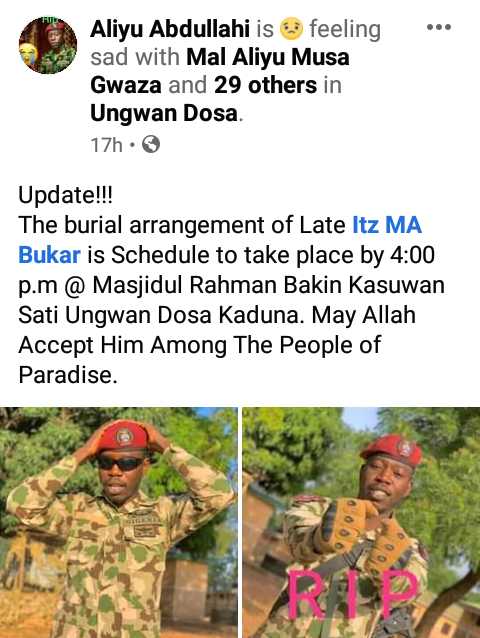 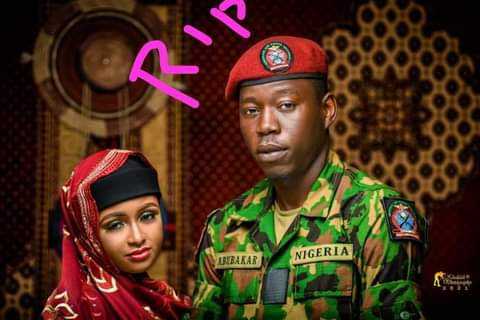 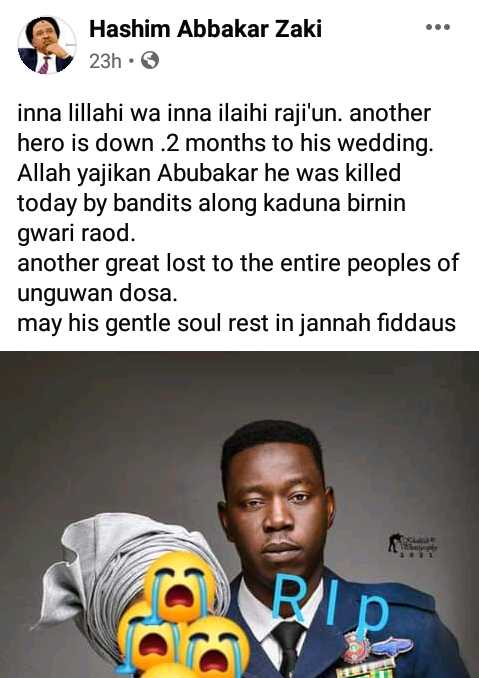 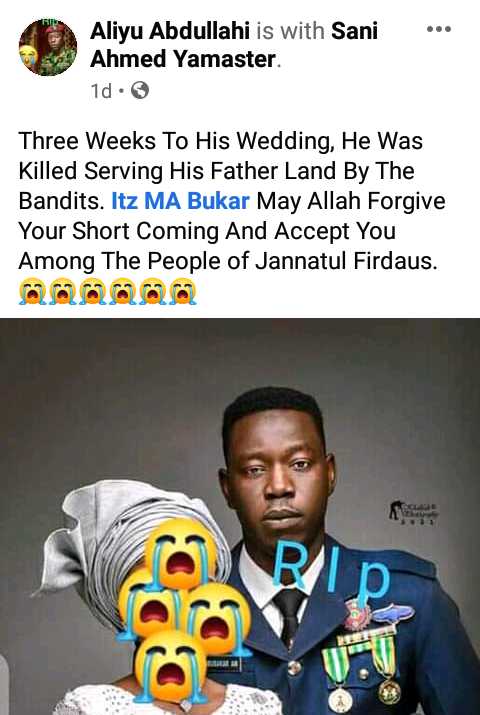