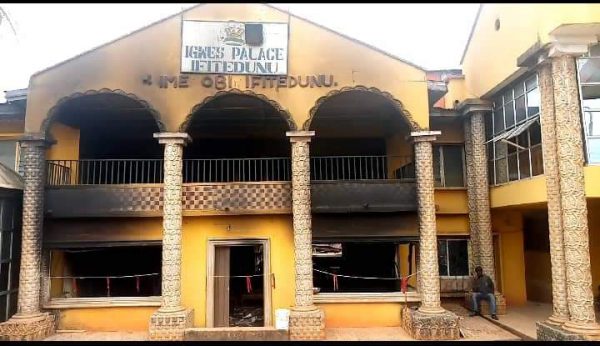 The palace of the traditional ruler of Ifitedunu in Dunukofia Local Government Area of Anambra State, Dr. Emeka Ilouno, has been razed down by unknown persons.

It was gathered that the palace of the monarch was invaded by 7p.m. last Sunday by unknown persons, who set it ablaze, including vehicles in the compound, before leaving.

The President-General of the community, Chief Uche Oragwuncha, confirmed the incident, but insisted that no one knew who the arsonists are.

According to him, “It happened last Sunday at about 7p.m. Some people just invaded the palace and set it ablaze.”

Oragwuncha said the community hopes that security agents would fish out the perpetrators, and set out appropriate sanction on them, adding that a combined team of security men, consisting of police and the military has visited the palace for assessment.