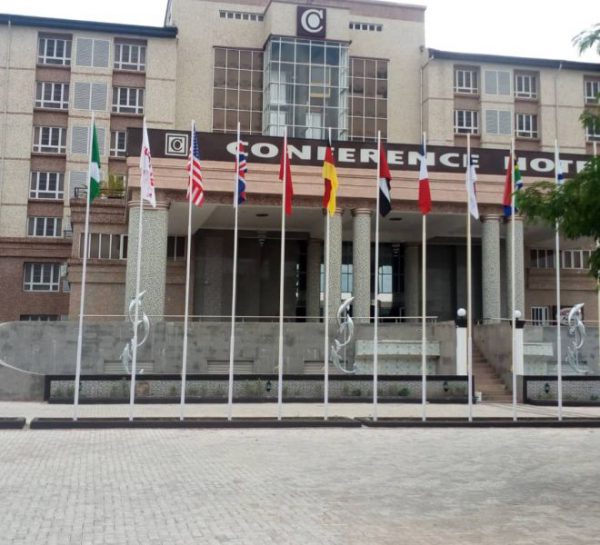 Four persons have died while three others sustained varying degrees of injuries on Tuesday when oxyacetylene gas exploded at the Conference Hotel, in Abeokuta, Ogun State.

The palatial hotel located near the State Secretariat at Oke Mosan, Abeokuta, is owned by former Governor, Otunba Gbenga Daniel.

It was gathered that the incident occurred during routine maintenance of the Automatic Revolving Door at the entrance of the hotel’s reception.

It was further gathered that the oxyacetylene gas being used to weld the door triggered an explosion, killing about four people.

The technician, his assistant and two workers of the hotel died during the incident.

However, the hotel management confirmed two dead and three injured during the incident.

A statement by the Hotel Facility Manager, Engr Tunde Osinubi, described the incident as regrettable.

It read: “A routine maintenance of the automatic revolving door at the entrance of the hotel reception, which involved the use of oxyacetylene gas to weld the door hinges was being carried out.

“The oxyacetylene gas cylinder suddenly exploded, killing the technician and one other person yet to be identified.

“Three other people were injured and were immediately taken to the hospital. They are responding to treatment.

READ ALSO: One Injured As Another Gas Explosion Rocks Abeokuta

“So far, no sabotage is suspected. It is, however, suspected that the gas cylinder purchased at the open market may be fake and unable to withstand gas pressure.

“The incidents of gas explosions as a result of fake cylinders being sold have become worrisome and of great concern as similar incidents have been reported in several locations in Abeokuta recently with casualties.

“The management of the hotel sympathises with the families and friends of the deceased and wishes to warn the general public of the presence of fake gas cylinders in the market.

“This incidence is however greatly regretted.”