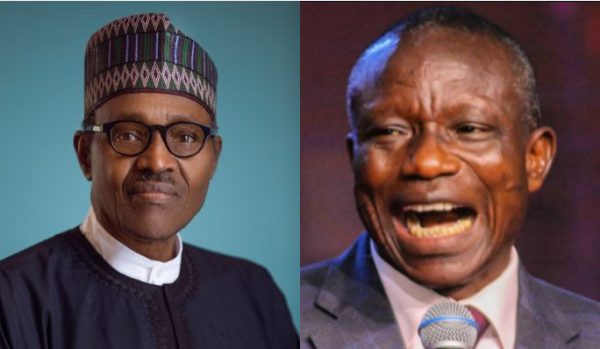 The National President of the Pentecostal Fellowship of Nigeria, Bishop Wale Oke, says he has found himself praying for President Muhammadu Buhari to be removed from office.

The Bishop, who said this during a church vigil on Friday in the Ibadan branch of his Sword of the Spirit Ministries, was commenting on the worsening security situation in the country.

Bishop Oke was particular about the case of abduction involving several students of Greenfield University, a private institution in Kaduna State.

According to Bishop, “Some wicked people kidnapped some students and demanded N800m for their release; they killed them.

READ ALSO: BREAKING: God Is Angry With Buhari, He Should Resign – Mbaka

“The government could not lift a finger and you are telling me that the President has not failed? Buhari has failed!”

“For the first time, I have found myself praying that God should remove Buhari. They kidnapped students without the government doing anything and you are telling me that the government has not failed!

“Are you saying we can not move against an incompetent government whose security apparatus has collapsed?”