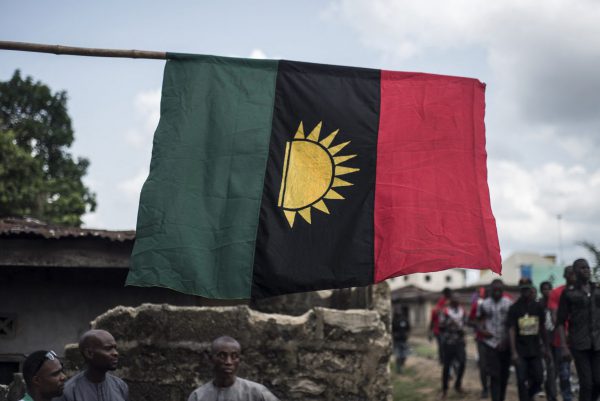 Imo State Police Commissioner, Abutu Yaro, has warned members of the proscribed Indigenous Peoples of Biafra (IPOB), who directed residents in the Southeast zone of the country to sit at home from May 29 – 31, against disturbing public peace and order in the state.

The Commissioner stated that operatives of the command would decisively deal with them if they try to enforce the sit-at-home order.

In a statement yesterday by the Command’s spokesperson, Bala Elkana, a Superintendent of Police (SP), Yaro warned the separatist group to desist from creating fear and panic on the minds of patriotic and law abiding citizens of the state, saying they were looking for opportunities to steal from unsuspecting members of the public.

The statement said: “The attention of Imo State Police Command has been drawn to some messages circulating on social media purported to have emanated from leaders of the proscribed Indigenous People of Biafra (IPOP), directing innocent and law abiding citizens of the state to sit-at-home on 29th, 30th and 31st May, 2021.

“These inciting messages by disgruntled and misguided elements are targeted towards creating fear and panic on the minds of patriotic and law abiding citizens of the state. The hoodlums are looking for opportunities to loot and steal from unsuspecting members of the public.

“The Command wishes to inform the good people of Imo State that adequate security arrangements have been put in place to guarantee their safety.

The police in collaboration with other security agencies in the state have massively deployed its resources and Special Forces to provide watertight security across the state.”

Yaro, therefore, advised members of the public to go about their lawful businesses without fear.