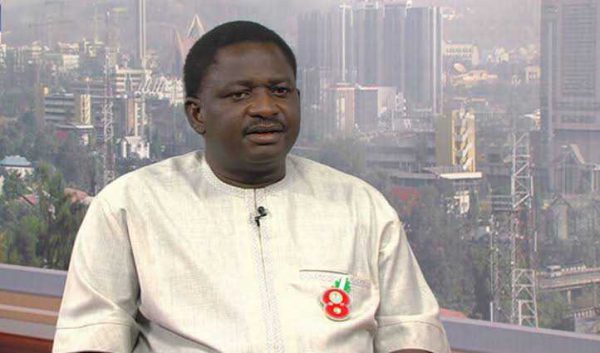 Femi Adesina, the spokesman for President Muhammadu Buhari, has slammed doomsayers who predict that Nigeria will break up into various sections.

Adesina said in his weekly post on Friday that these forecasts were made throughout the administrations of at least three previous presidents.

Olusegun Obasanjo, Umaru Yar’Adua, and Goodluck Jonathan were named by him.

These forecasts, he claims, remained during Buhari’s two terms in office.

However, Adesina boasted that Nigeria continues to live and will surely survive.

“When Chief Olusegun Obasanjo was President between 1999 and 2007, they predicted that he was going to be the last President of a united Nigeria. It didn’t happen.

“When Umaru Yar’Adua came, they said he was too sick to hold Nigeria together. The country stood.

“Under Goodluck Jonathan, they said he was too weak, and different components of the country would soon say, ‘to your tents oh Israel.’ Nigeria survived.

“And for six years under Muhammadu Buhari, they have not changed their songs,” Adesina wrote.

He added that “But Nigeria lives. It trudges on from day to day, month to month, and will surely survive.”