Nigerian actress, Nkechi Blessing has reacted to the video of Jide Kosoko, Chairman TAMPPAN Board of Trustees saying that they will work against her in the industry.

Kosoko said this during a meeting of the association on Saturday. He said that although Nkechi is not their member, he makes bold to say that they will work against her in the industry. Kosoko also condemned Iyabo Ojo.

Read Also: A Man That Can Be Snatched Is Not Worth Fighting For – Actress Nkechi Blessing

Reacting to the statement, the mother of one took to her Instagram Stories to state that if she exposes Kosoko, his grown up daughters would be ashamed of him.

She added that any plans to frustrate her will be disgraced because she serves God. 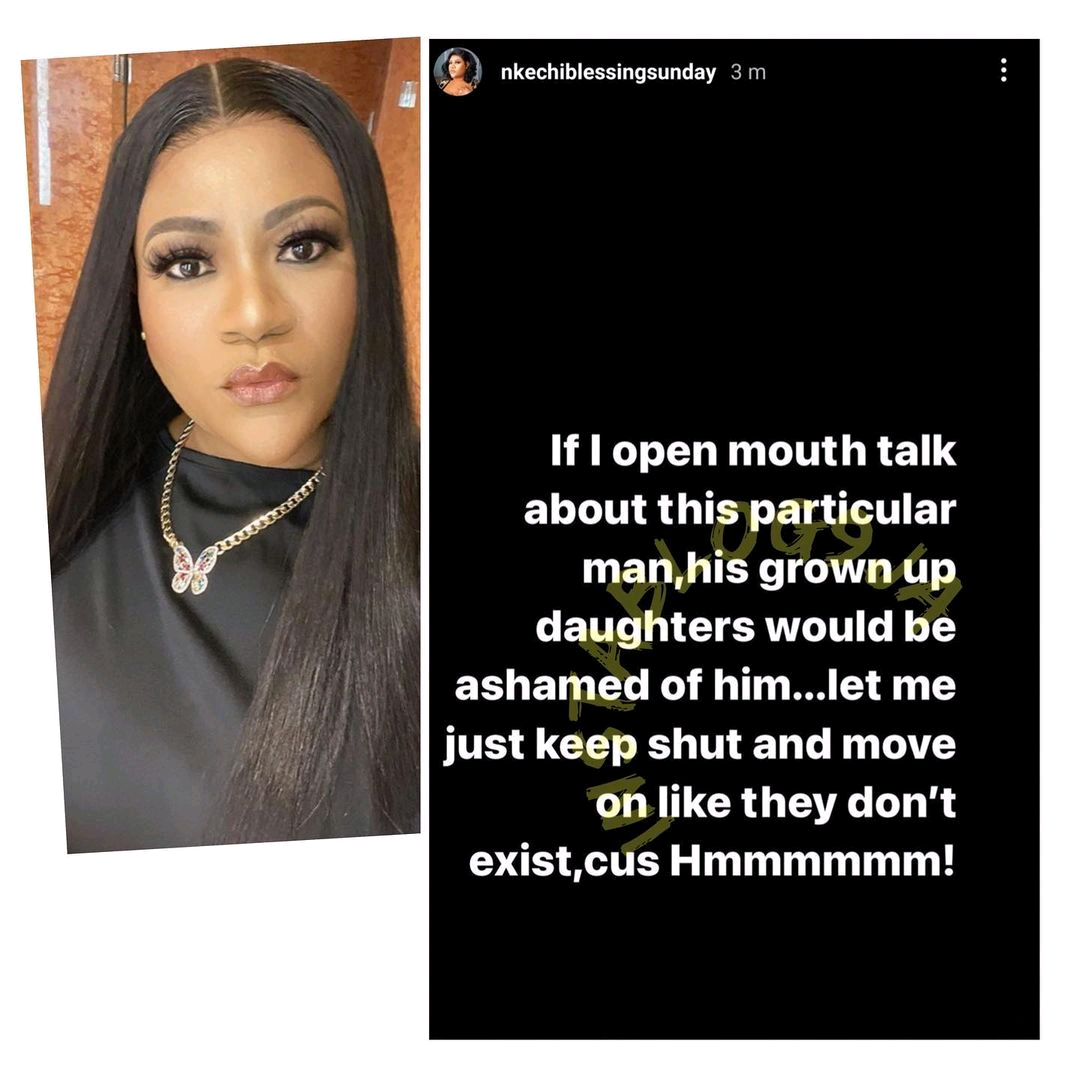