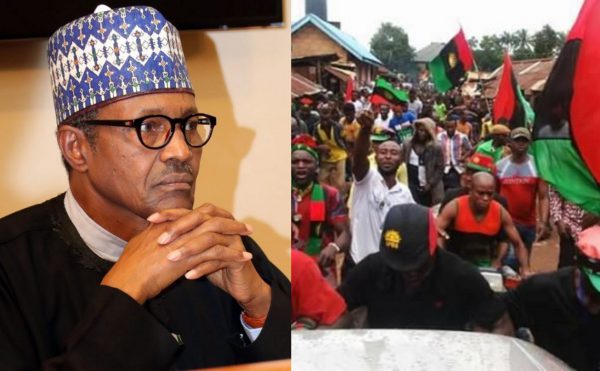 Kanu stated this on Thursday while reacting to President Muhammadu Buhari’s threat of mobilizing security agents against the agitators.

He said: “They have been doing that before now, let me tell you threatening cannot change IPOB, he can stay in the Aso Rock threatening Nigerians but not IPOB and ESN.

“We like threats from anybody, it makes us stronger. Fulani terrorists and their leader’s threat can’t remove or change our resolve to restore Biafra freedom from Nigeria.”

Buhari in an interview on Arise TV had said his government would organize the military and police to treat IPOB in the language they understand.

Buhari said security agents would go after them.

“These people are spread everywhere with businesses and everything. They know what they are talking about, anyway, we said we will treat them in a way they understand.

“We will organize the military and police to pursue them,” the president had said.