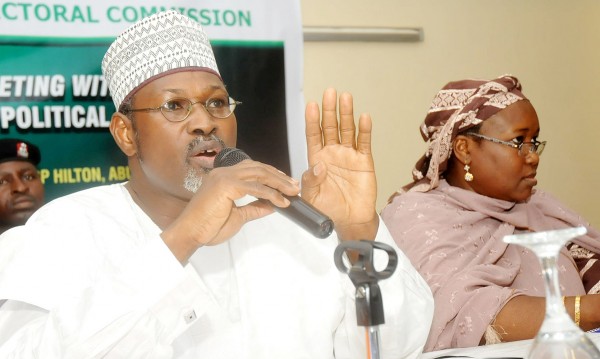 Prof Attahiru Jega, a former Chairman of the Independent National Electoral Commission (INEC), has asked the Senate not to confirm Lauretta Onochie as a National Commissioner of INEC.

Onochie, who was nominated by President Muhammadu Buhari, was among those screened

Information Nigeria gathered that the result of the screening would be out on Tuesday.

Onochie’s nomination had sparked outrage from civil society groups, opposition lawmakers and even within the All Progressives Congress (APC).

Many have argued that she is “too partisan” to be a commissioner in an institution like INEC.

But Buhari has refused to withdraw the appointment of one of his aides despite the pressure.

When he featured on Sunday Politics, a Channels Television programme, Jega spoke on the controversy over Onochie’s nomination.

“This kind of controversy is really avoidable. Any person who generated such a controversy; the appointing authorities should be careful because you don’t want to appoint anybody that can raise suspicions or doubts or can lead to a loss of trust of the electoral management body,” he said.

He added that the president could withdraw Onochie’s nomination and replace her with another female from her state.