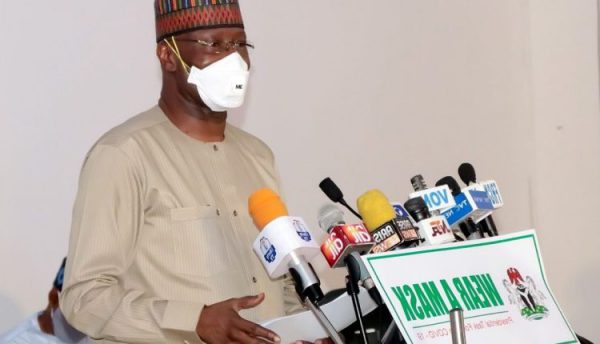 A total of 433 new cases of COVID-19 were reported from 16 states and the Federal Capital Territory (FCT) on Thursday.

The Nigeria Centre for Disease Control (NCDC) confirmed this in an early-morning Facebook post on Friday while giving an update on the outbreak of the disease in the country.

Of the new cases reported on September 23, the FCT reported the highest cases of 172 – representing about 39.72 per cent of the total single-day tally.

As Nigeria battles the third wave of the pandemic, the agency disclosed that two more people have died of complications related to the disease.

Of the confirmed cases, 191,942 people who tested positive for the disease have recovered and have been discharged while the nation’s death toll stands at 2,668.

In its resolve to attain herd immunity against the virus, the Federal Government has received more donations of vaccines from various international bodies.

Meanwhile, authorities have continued to stress the need for people to comply with the measures in place to curb the spread of the disease as they reactivate the initially relaxed protocols.

These include the mandatory use of face masks in public places, maintaining social distancing, and restriction of crowds in places of worship and social gatherings, among others.