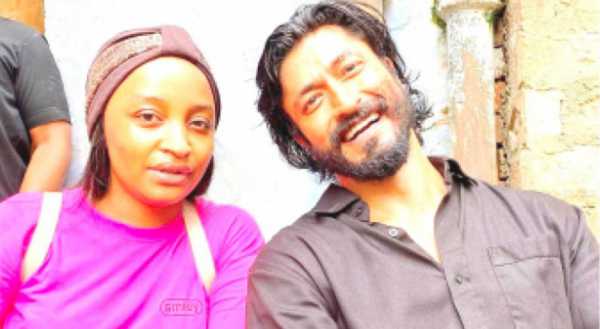 Kannywood actress, Rahma Sadau yesterday took to her Instagram page to announce that she is on the set of a Bollywood movie which is set to come out before the end of 2021, Khuda Hafiz chapter 2.

It is, however, not clear if she is one of the cast of the movie as she had a day earlier (Thursday) also posted on her page “We got a cute “billee” on set today while holding a dog.

The actress yesterday posted pictures on her Instagram page showing that she was currently filming with prominent Bollywood actor Vidyut Jammwal. Vidyut Jammal is popular for his roles in Bollywood movies such as Commando I,II & III, Khuda Hafiz, Junglee, etc.

Nigerian celebrities such as Bisola Aiyeola, Beverly Osu, Linda Osifo, Enyinna Nwigwe and others took out time to congratulate and celebrate the actress on her new achievement and wished her success all the way. Uzee Usman, another Kannywood actor commented “Proud Moment….. It’s official we global now”. A fan also commented, ‘Rahama tawuce Ali Nuhu’ which means She has surpassed Ali Nuhu in the entertainment industry. Another fan @nerhzygram said. ‘ Super proud of what you’ve accomplished. You are a star!’

Another fan said, ‘I wish one, I’ll see you in a Hollywood movie. In sha Allah’