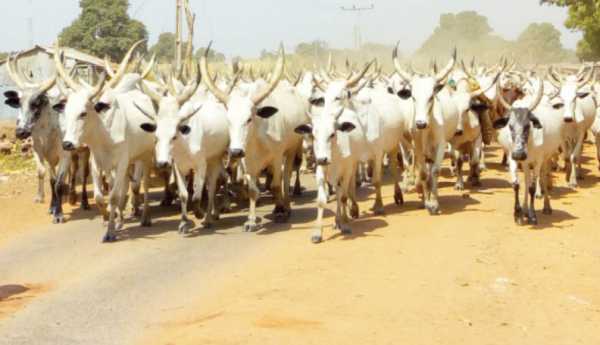 The Anambra State House of Assembly on Tuesday passed the anti-open grazing bill into law.

The Bill entitled: “Anambra State Open Grazing of Cattle and other Livestock Prohibition and Ranches Establishment Bill 2021’, was passed after third reading on Tuesday.

The lawmakers, at the Committee of the Whole House, took turns to scrutinise the 39-Clause Executive Bill before its passage.

The Speaker, Mr Uche Okafor, conducted a voice vote on each of the clauses of the bill before its passage.

According to Okafor, the passage followed the consideration of the report of the public hearing, presented by the chairman of the House Committee on Agriculture, Mr John Nwokoye (APGA-Awka North).

Okafor, also directed the Clerk, Mr Pius Udo, to transmit a clean copy of the bill to Governor Willie Obiano for assent.

The bill states that the objective was to prevent the destruction of crop farms, community ponds, settlements and properties as well as optimise the use of land resources in the face of overstretched land and increasing population.

He said the law would prevent clashes between livestock herders and crop farmers, protect the environment from degradation and pollution caused by open rearing and grazing of livestock.

Okafor also said it would prevent, control and manage the spread of diseases as well as ease implementation of policies that enhance the production of high quality and healthy livestock for local and international markets.

“The committee shall inspect, certify and register all ranches and livestock markets established in the state.

“The committee will also issue permits for establishment of ranches and livestock markets, regulate and manage ranching, rearing and trading of cattle and other livestock, “it said.

Also at plenary, the House considered and approved the report on the 2022 to 2024 multi-year budget framework presented by the House Committee Chairman on Finance and Appropriation, Mr Obinna Emeneka (APGA-Anambra East)

The Speaker also read a letter from Willie Obiano notifying the House of his 2022 budget presentation on Thursday.

The house adjourned until October 14 for plenary.