Home News Feed You’ve inspired so many people who may be going through blackmail silently...
Facebook
Twitter
WhatsApp

Yul Edochie, a Nollywood actor and politician, has commended Tiwa Savage for her courage and strength over the controversies involving her s*x tape. 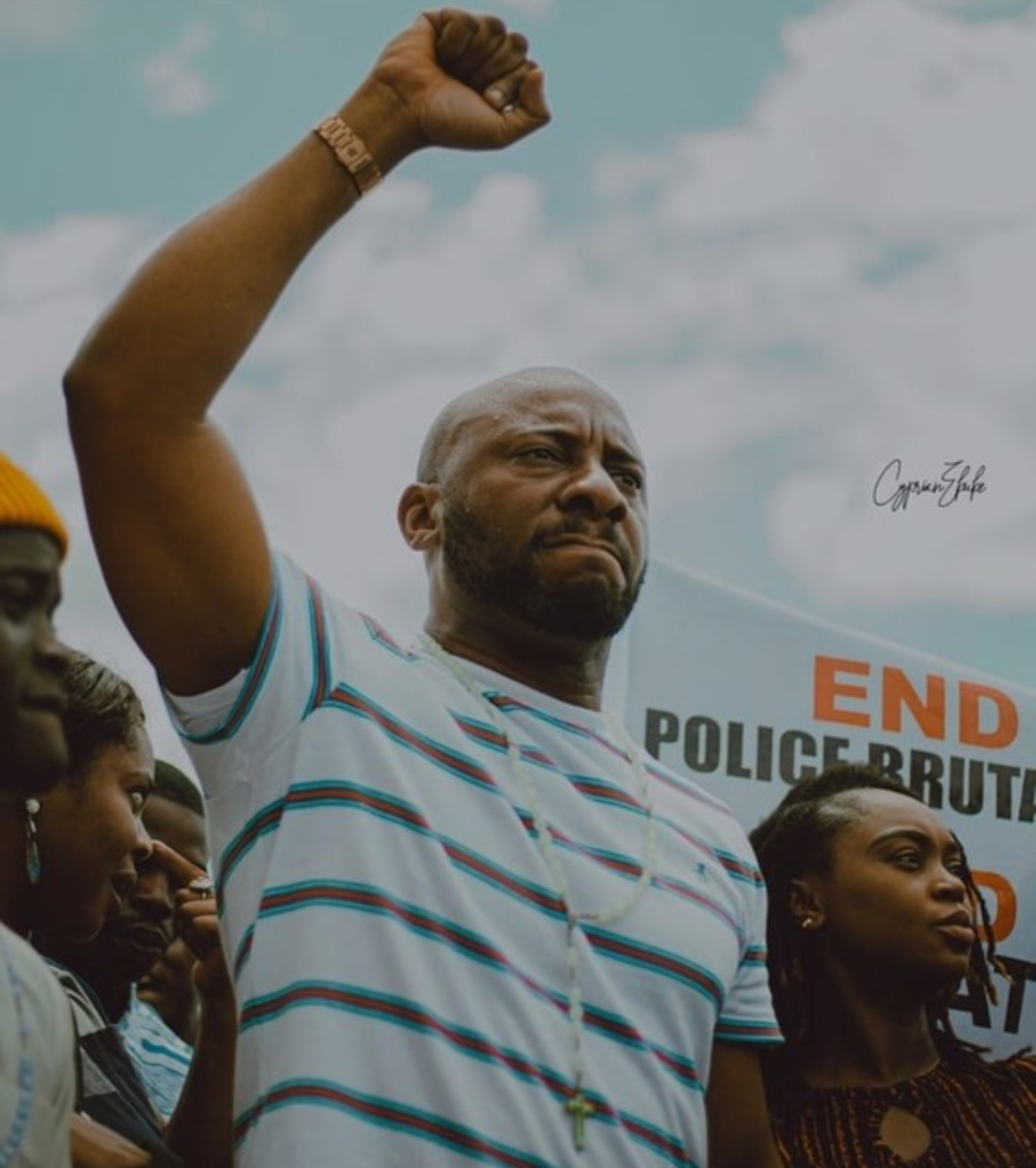 Recall that an alleged s*x tape involving Tiwa Savage and her boyfriend leaked online and has since gone viral.

Tiwa Savage was criticised for her actions by colleagues and fans, as some described her as not being a good example to the younger generation.

However, Edochie in a recent post, said Tiwa’s way of handling the blackmail had inspired those going through such silently.

He urged the ‘Somebody’s Son’ crooner to stay stronger, adding that ‘Nobody holy Pass’. 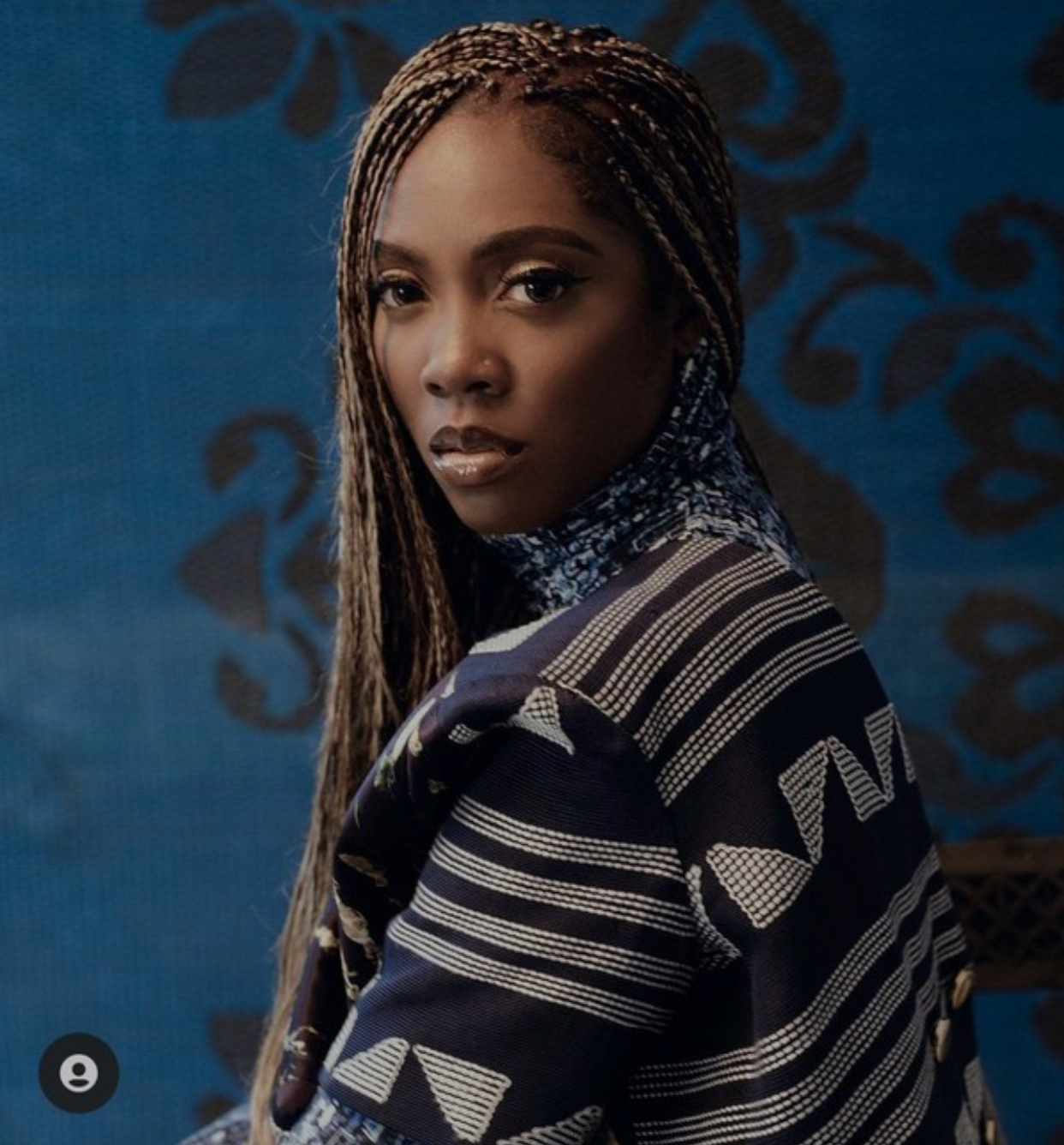 In a long post on his Instagram page, Edochie wrote: “I commend you Tiwa Savage for the way you handled the issue you may not know this but you’ve inspired so many people who may be going through blackmail silently.

“You said capital NO to blackmail and it takes a lot of strength to do that. It is well you’re a human being like the rest of us nobody holy pass.

“In life there will be ups and downs you enjoy the ups and learn from the downs. Anything that doesn’t kill you makes you stronger.

“Keep your head up, keep being strong, this too shall pass.” 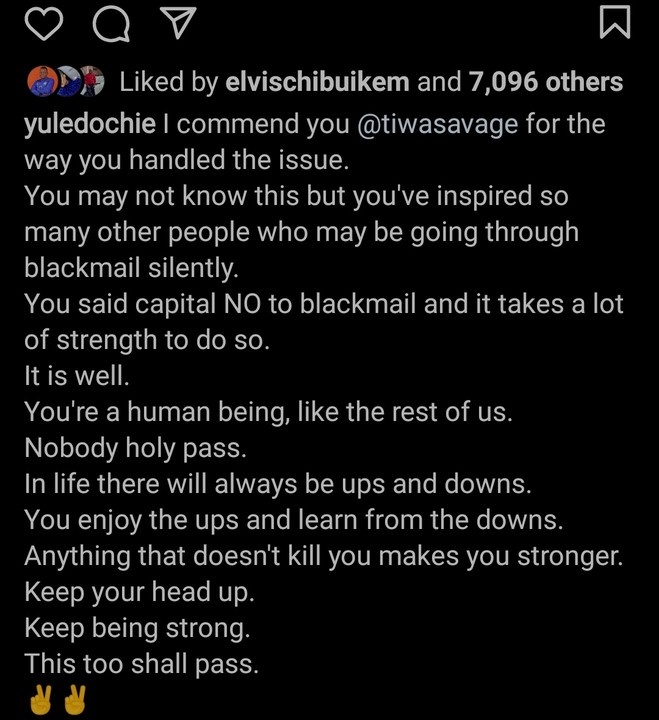