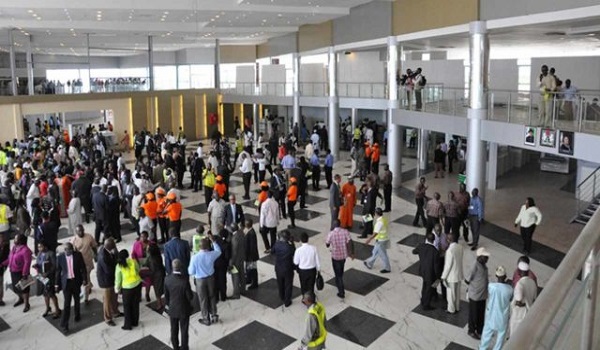 British Airways has cancelled flights in and outside Nigeria, according to a report by TheNation.
Flights from Murtala Muhammed International Airport (MMIA) Lagos to London Heathrow in the United Kingdom were cancelled on Sunday with the airline citing operational reasons.
The airline also did not operate its inbound flight from London into Lagos.
Sources at the airport linked it to the implementation of the travel ban imposed on countries considered red flags to the new Omicron variant of COVID-19.
Many passengers who turned up at the airport for check-in procedures were disappointed with counters for British Airways scanty.
Some workers who were at the counters informed the distraught passengers that the flight into the United Kingdom was rescheduled for early hours of Monday.
Some passengers, who sought clarifications for the sudden twist of events, were handed flyers signed by the Customer Service Duty Manager of the British Airways Nwanorue Alexander.
It reads: “We would like to inform you of a change to the departure time of your flight BA 074 on December 5, 2021 to London Heathrow.
“We have had to make this adjustment to our schedule due to operational reasons. Your flight will now depart Lagos next day.
“We are sorry for the change to your travel plans, please be rest assured that we will do everything we can to help. If you need additional help please speak to a member of our team at Lagos Airport.”
An immigration source at the airport attributed the glitch in travel to the new rules set by the United Kingdom government for admitting passengers into the country.
Scores at passengers at the airport expressed displeasure over the development, saying the suddenness would force them to review their travel plans.
But activities at the Lagos Airport were normal for outbound passengers on Turkish Airlines, African World Airlines, Air France, Qatar Airways, Delta Airlines and United Airlines, which processed passengers for departure to their countries.
There were long queues for passengers at the airport.