Home Metro News Photos Of People Police Arrested For Looting NEXT Cash’N Carry Supermarket
Facebook
Twitter
WhatsApp
Photos have emerged showing the suspected looters arrested by the Abuja Police Command for allegedly stealing goods at the popular Next Cash ‘N Carry on Sunday.
In a statement, FCT Police PRO, DSP Josephine Adeh, said the suspects, who made attempts to cart away goods from the mall and were promptly arrested include Ali Audu, aged 18 Years; Yahaya Yunusa, aged 20 Years; and Sahabi Abubakar, aged 20 Years.
The police said contrary to the news making the rounds of massive looting, there was no successful case of looting or carting away of goods from the store.
He explained that while well-meaning members of the surrounding communities came out en masse and helped in evacuating goods and other valuables from the supermarket to a safe location within the area with the supervision of Police officers of the command who were on ground, the suspects decided to loot.
According to her, “on December 26, 2021, at about 11:15am, there was a report of a fire outbreak incidence at Next Cash and Carry Supermarket at Jahi District of the FCT.
“Upon receipt of the information, a team of Police officers attached to Mabushi police divisional headquarters responded swiftly to the scene where a concerted effort of the Federal Fire Service, FCT Fire Service, Julius Berger Fire Service and members of other security agencies were deployed to manage the situation, minimize damage, extinguish the inferno and ensure the maintenance of law and order.” 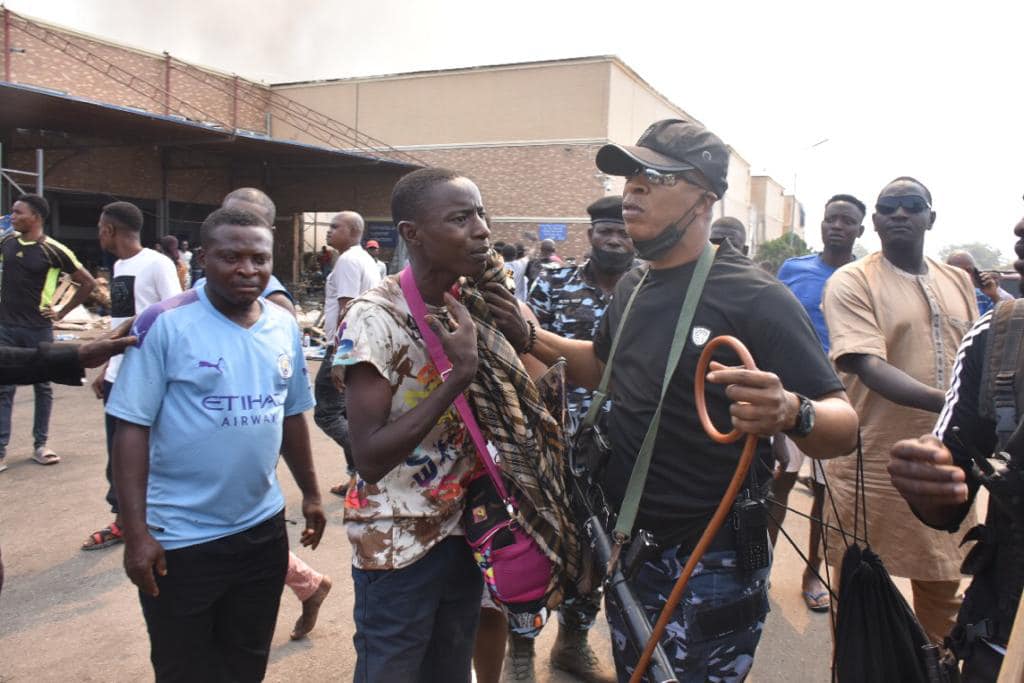