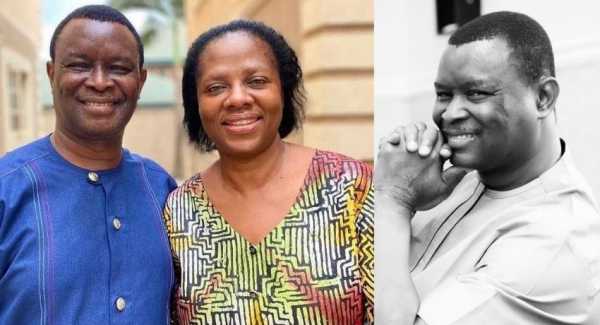 Veteran filmmaker Mike Bamiloye says the percentage of men who beat their wives is minimal but their actions are being used by the devil to paint all men as irresponsible.

The Christain filmmaker said this in a Facebook post on Tuesday in his message about domestic violence in marriage.

According to Mike Bamiloye, the aim of the devil is to discredit the institution of marriage created by God for humans to enjoy.

He also claimed that those attacking the institution and advising young ones not to get married are working for the devil. He wrote in part:

“Marriage is not a trivial matter before God! It has its root in Heaven. It is the first institution established by God and the devil feared a godly marriage.

That was why the devil struck heavily the moment GOD brought in the union of husband and wife in the Garden of Eden. God is so passionate about it.

Marriage is designed to produce godly offsprings that will fill the Earth and do the Will of God.

“The percentage of men beating their wives is very minimal, but the devil has used that to paint all men black and irresponsible.

If you are attacking the marriage Institution, you are working for the devil to discredit what the Lord formed.

If you are discouraging the young ones not to marry because of the storms the devil is causing, you are working on the devil’s side against the Lord’s Holy institution.”