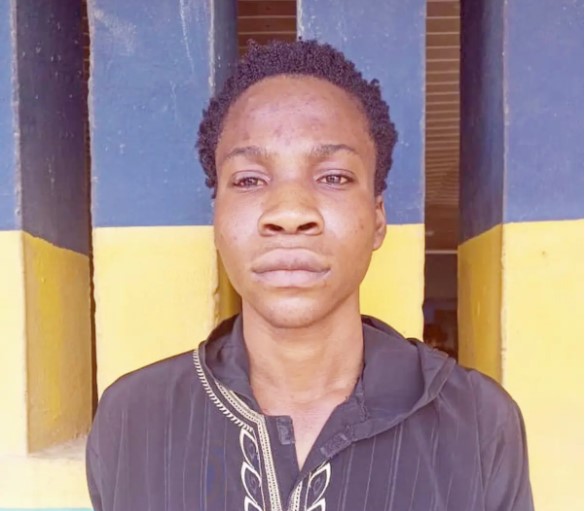 The police of Ogun State have arrested a 25-year-old man, Ebenezer Adeshina, for raping and blackmailing a 16-year-old girl.

The suspect was arrested following a report at Owode Egbado Division by the victim, who said she met the suspect on Facebook in 2021.

The girl told the police that she had been chatting with the suspect before her phone got spoilt, and that the suspect called her with a promise to pay for the phone’s repair.

According to her, the suspect asked her to come to his house to collect N3,000 to repair the phone.

At his residence, she said he offered her a drugged drink which she took and became unconscious and that he raped her and took her nude picture.

A police report reads in part: “After having sex with her in the state of unconsciousness, the suspect took her nude pictures and started threatening to upload them on social media if she didn’t pay him the sum of N50,000.”

The police spokesman in the state, Abimbola Oyeyemi, on Monday, told newsmen that following the report detectives traced and arrested the suspect.