James Brown sister, Gracious Brown has reacted to the death of her friend who allegedly committed suicide because of his girlfriend.

The Instagram influencer took to her Insta Stories to mourn over the death of her friend whom she called Gasky.

She explained that the young man’s death was unbelievable because they spoke the day before.

In another post, she shared a screen shot from a popular blogger alleging that the young man committed suicide because of his girlfriend. 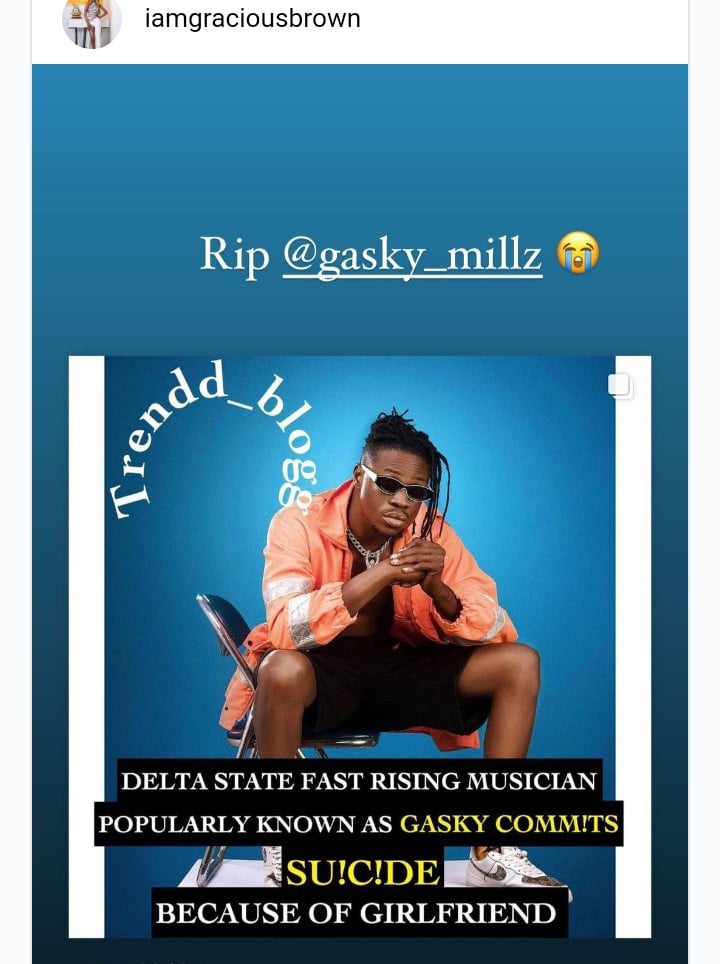