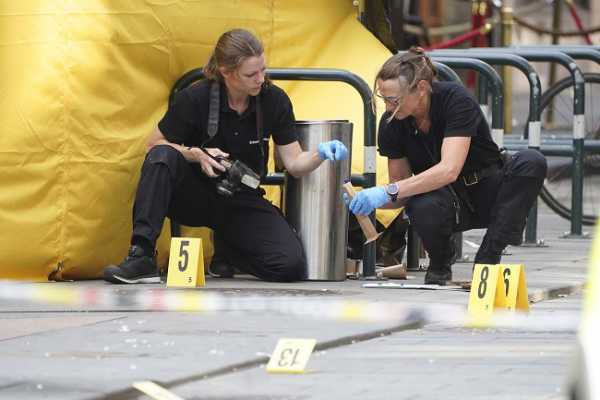 Two people were killed and at least 21 others wounded in shootings near bars in central Oslo early Saturday that police were treating as a “terrorist attack”.

Police said a suspect had been arrested following the shootings, which occurred around 1:00 am (2300 GMT Friday) in three locations, including a gay bar, close together in the centre of the Norwegian capital.

“The police are investigating the events as a terrorist attack,” police said in a statement.

A Pride march that was due to take place in the capital on Saturday afternoon was called off following the violence in the normally tranquil city.

“All events linked to Oslo Pride have been cancelled” following “clear” recommendations by police, the organisers wrote on Facebook.

Police said two people had died and 21 were wounded, including 10 seriously in the attacks, and said two weapons had been seized.

Police said the suspect arrested was a Norwegian national of Iranian descent.

“Now everything indicates that there was only one person who committed this act,” police official Tore Barstad earlier told a press briefing.

Police presence was boosted throughout the capital  to deal with other incidents, he added.

Police received the first reports at 1:14 am and the suspect was arrested five minutes later, he said.

The shootings happened near the London Pub gay club, the Herr Nilsen jazz club and a takeaway food outlet.

Heavily armed police equipped with bulletproof vests and helmets were patrolling the scene of the shootings.