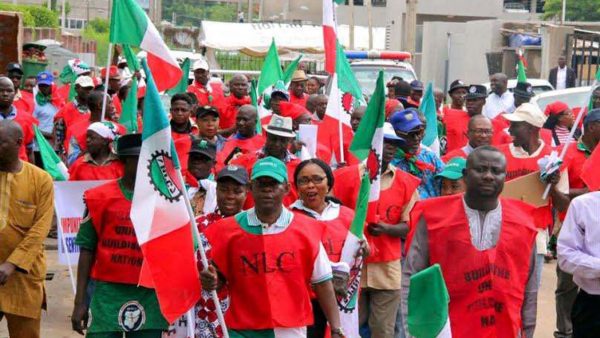 The Nigeria Labour Congress (NLC) is holding a protest across the country amid the prolonged strike by university workers.

While the demonstration is expected to take place in all 36 states of the Federation, the Federal Capital Territory (FCT) will join the protest on Wednesday.

Lecturers in government-owned universities – affiliated with ASUU – embarked on a nationwide strike on February 14 over the adoption of the Integrated Personnel Payroll Information System (IPPIS) of the government as the payment system in the university sector.

They had also decried the poor funding of universities, non-payment of salaries and allowances of some of their colleagues, as well as the inability of the government to pay earned academic allowance to lecturers, among other issues.

Since the industrial action began, several negotiations between the union and the government have ended in deadlock.

While the government is still struggling to resolve the issues raised by the striking lecturers, the crisis in the public universities may not end soon as NASU and SSANU have also voiced their concerns.

Both unions recently rejected the report of the Professor Nimi Briggs-led renegotiation committee set up by the Federal Government to end all strikes across the nation’s universities, saying they would not be bound by its recommendations.

They said they never concluded negotiations with the committee before it submitted its recommendations to the government for implementation, stressing that such an action was a betrayal.