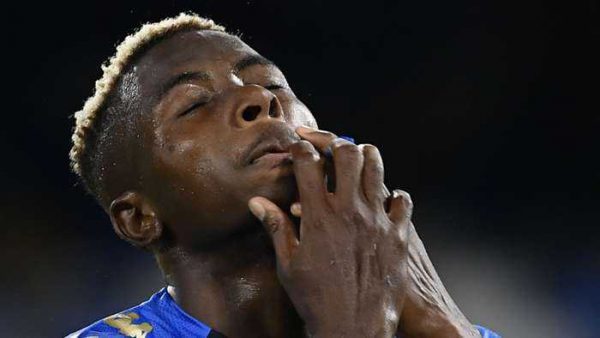 Nigeria international Victor Osimhen is upbeat that he can break or even surpass Rasheed Yekini’s Super Eagles record.

Legendary Yekini is the country’s leading goalscorer of all time with 37 strikes from 58 international appearances, with Segun Odegbami (23 goals) and Yakubu Aiyegbeni (21 goals) occupying the second and third positions.

On his potential to match the 1993 African Player of the Year, the Napoli star told Naija Footballers as per Pulse Sports.

“I used to say it before, it will be a big shoe to fill. But I think with the kind of quality I possess and the kind of determination I have acquired in my career, I think I can break it or even surpass it.

“It won’t be easy and that would make me the greatest Nigerian striker ever. We have the likes of Rashidi Yekini, Obafemi Martins, Odion Ighalo, and the rest of them.

“But now I believe now it’s my time, it’s my turn and I think I can utilise it very well.”