One of the unknown Christian bishops present at the All Progressives Congress (APC) unveiling of its vice presidential candidate, Kashim Shettima, has spoken out.

The highlight of the event which was held at Shehu Musa Yar’Adua Centre in Abuja was the presence of Christain clerics with suspicious identities.

Information Nigeria understands that many of them shunned interviews except for a few who spoke with newsmen.

Many Nigerians stormed his Facebook page to hurl insults at him and he replied to the criticism.

Ugokwe said the journalist that interviewed him was out for fake news and desperate to rubbish the men of God at the event.

The APC member said that citizens are free to choose their preferred contestants in 2023.

He wrote: “I have seen ‘many’ fake news about me and my foundation. It’s okay. Anybody can write what they want to generate traffic.

“I know the guy that I allowed to interview me was out for fake news. He was desperate to see something, to rubbish men of God.

“We are for peace and love not hate. Jesus Christ is love. Christians and Muslims should preach love no matter the challenge in our country Nigeria today. 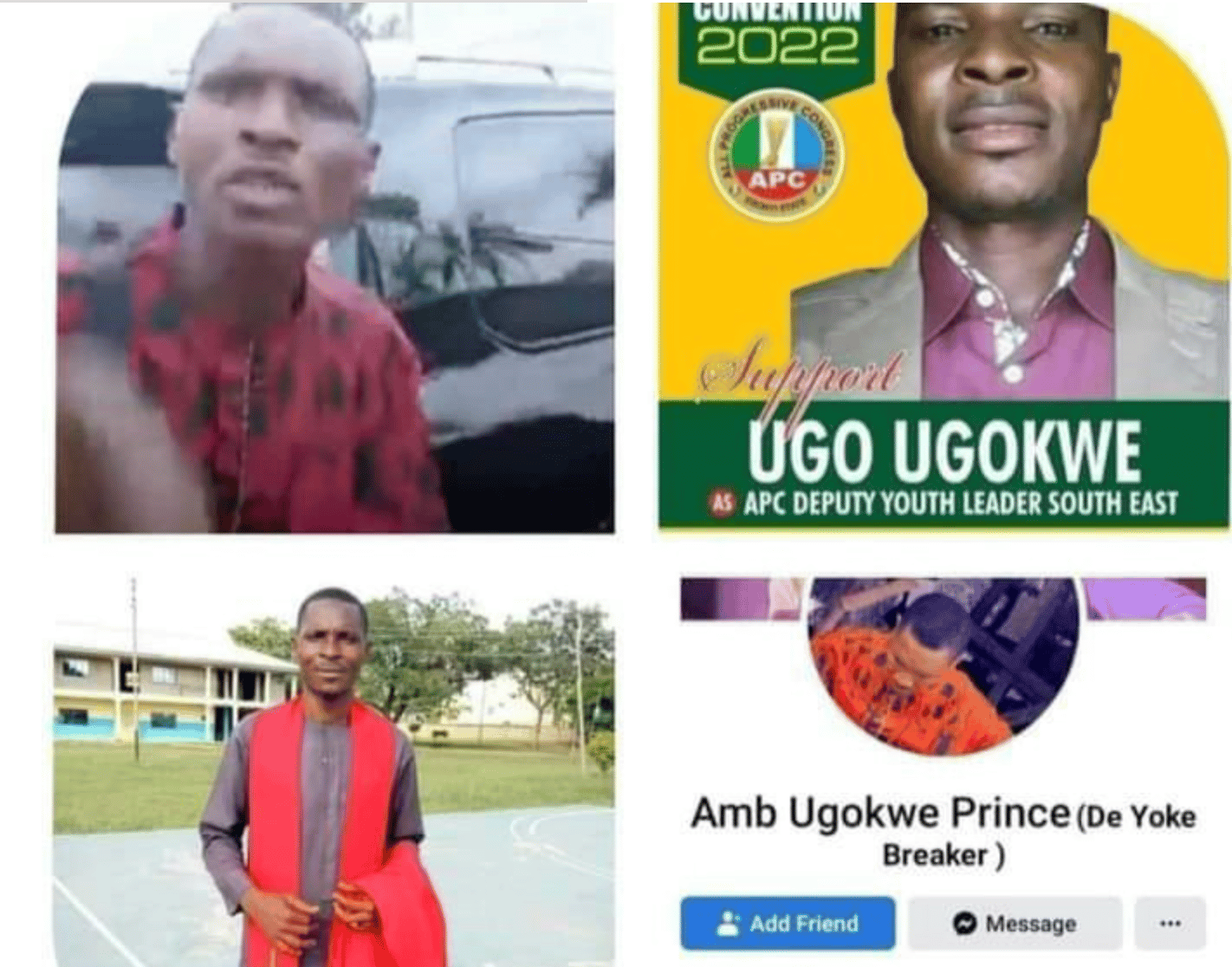 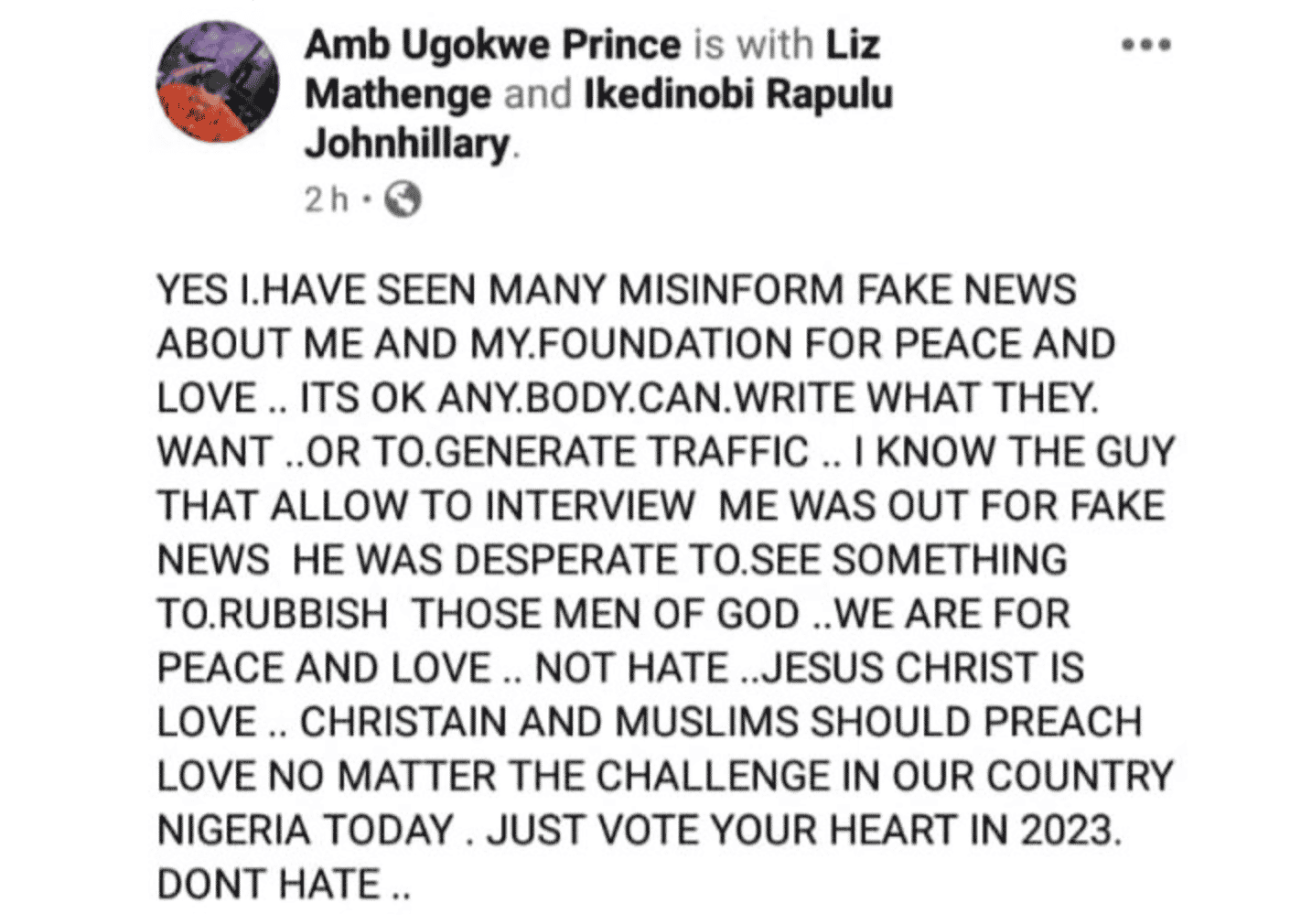