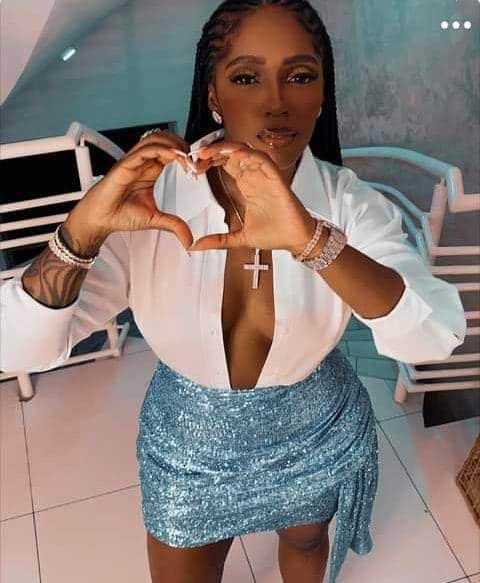 Award-winning Nigerian musician Tiwa Savage has shared the inspiration behind her hit song ‘Somebody’s Son.’
Speaking during her Afrobeats Festival in Berlin, Tiwa explained that the Somebody’s son she was referring to in the song was Jesus Christ.

She said that when she made the song she was single and the inspiration for the song came from Jesus.

The mother of one revealed that the inspiration came from where she didn’t expect and it made her realize she doesn’t need a man to be happy.

Her words; “I was single asf …. When I wrote this song, I realize that I didn’t need a man. That the only somebody son I needed was Jesus. That is the real somebody’s son I’m talking about, that’s Jesus Christ.”

The American rapper quoted an old tweet from Wizkid and insulted his mother in the process.