Home Entertainment One Of The Reasons I Ventured Into Music Was To Gain Women’s...
Facebook
Twitter
WhatsApp 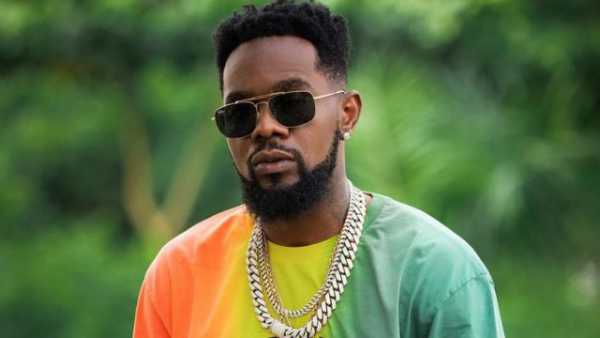 Nigerian singer, Patrick Okorie professionally known as Patoranking, has revealed that one of the reasons he pursued music was to gain women’s attention.

During an interview with a subset of the British Broadcasting Corporation, BBC Igbo, the musician was weighing on his early days as a singer.

The reggae singer narrated his experience growing up. He said that girls liked boys who could sing during his school days while being a dancer at the time so he decided to involve himself in music in a bid to gain girls’ attention.

The singer said; “Many of the things I learned about music and entertainment generally, I learned in the ghetto. Before I started singing, I used to dance. One of the main reasons I started singing was that I liked to get the girls back then in school. Then if you couldn’t sing, nothing for you. I just had to get involved in something that had to do with singing. And I loved music.”

Patoranking was also asked to speak on his viewpoints about fan fondness and conflict among musicians, of which he said it is all entertainment.

He said; “What we see in the industry, where A is pitted against B, is a normal thing. It is meant to be that way. The question is whether you are entertained and happy. Fans of A and fans of B, if you look closely, you would see they are the fans of everyone. It is part of the business.

“I don’t think there is anything I regret. The biggest thing I want to achieve in life is to add value to the lives of over 100,000 of Nigeria’s 200 million people. That would make me happy. It would be my biggest achievement to see that people are living well.”

Patoranking is one of the most popular artistes in Nigeria, the Lagos-born singer came to the limelight in 2014 with the popular song, Girlie O.