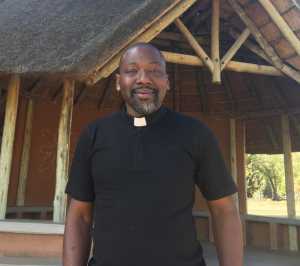 The cleric shared his arduous path to the priesthood on Instagram, claiming to be the only ordained gay whom God loves.
He discussed his hardships, media attacks, emotional and psychological torture, as well as the long-term racism and homophobia he experienced.
He said, ” Several years, going through the wilderness of anxieties and facing many attacks, I describe as spiritual darkness, religious abuse and wickedness in high places. I had developed chronic anxieties and depression, leading to high blood pressure.
“I had faced years of racism, xenophobia, malicious acts, homophobia and stigmatisation by the Christian communities I trusted. But in all, I laid it at the feet of Jesus in my lamentation.
“The attacks were not just by strangers, who called for me to be executed, the death threats offline, online and in the media. But also some Christians, some Anglicans, and family members attacked me verbally, emotionally and psychologically, they did so much to torment me and do everything to destroy me.
READ ALSO: ‘Your Parents Won’t Die If You Come Out’ – Gay Rights Activist Advices Nigerian LQBTQ Community
“Am the ordained homosexual that God loves. This might be difficult for many but it’s been the joy of my life to serve God.
“In all of this God is faithful. I am thankful that I surrounded myself with people who reminded me of my worth and validated my existence and ministry.
“Today is not about regrets but a reminder that the stones the builders rejected proudly becomes the cornerstone.
“Congrats Jide for your journey to priesthood. Happy 2nd anniversary”, he wrote.
Recall that the reverend, who fled Nigeria to the U.K after his church was attacked several times for being pro-LGBT, has been at the forefront of championing the equal rights of LGBTIQ+ persons and helping them to reconcile their sexuality with their Christian faith through his faith-based organization, House of Rainbow, which he started in Nigeria.
Macaulay was featured in the documentary ‘Am I Too Gay for God? last year. The film revealed his struggles with the Church’s teachings about homosexuality. Besides, same-sex marriage has been legal in Great Britain since 2013, but it’s a right the Church of England doesn’t recognize.