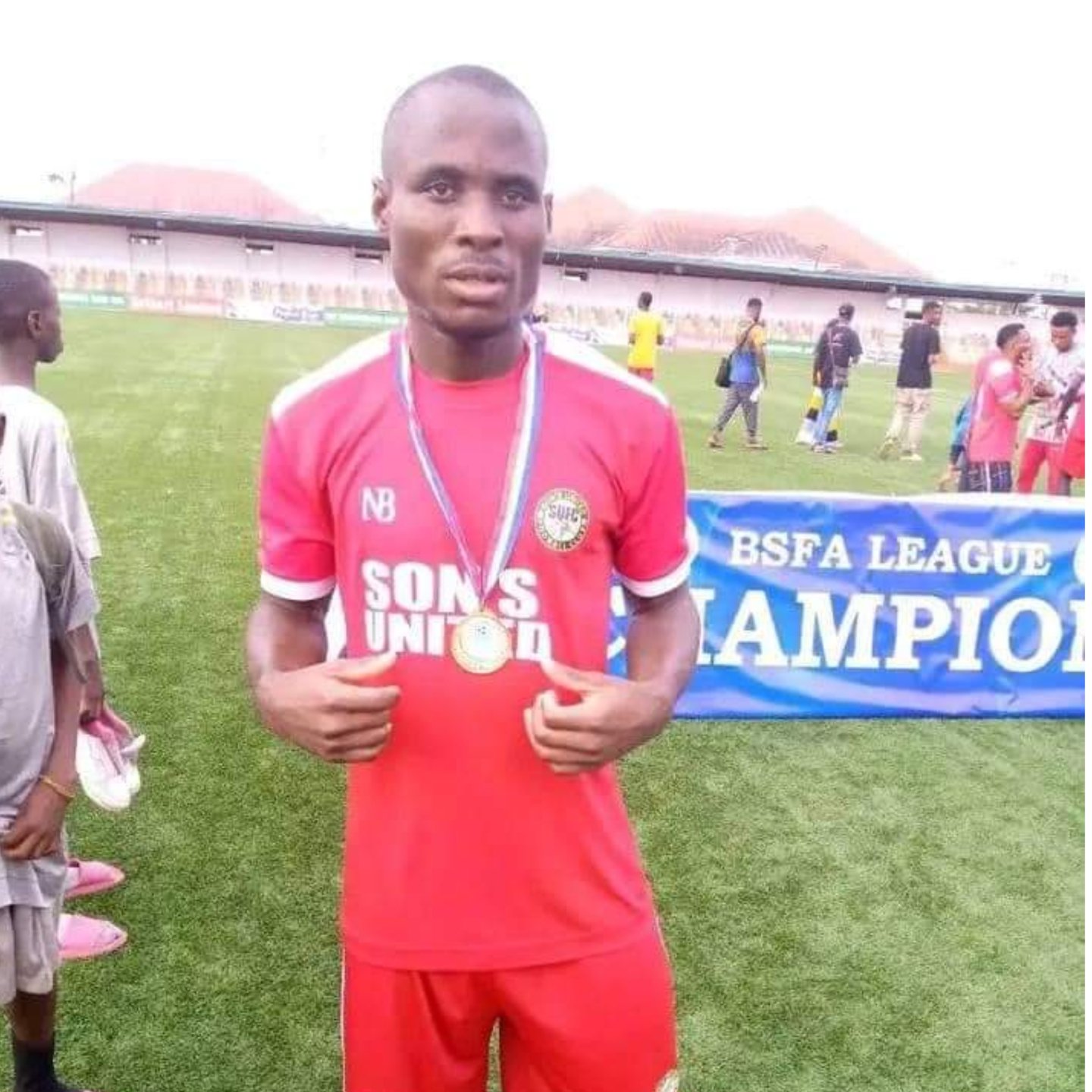 Ernest Peremobowei, a 31-year-old grassroots football player from Bayelsa State, has died while attempting to save people from a boat accident in the raging flood of Bebelebiri Community in Yenagoa Local Government Area.

The corpse of the footballer was recovered two days after the incident and deposited in a morgue at the Federal Medical Centre.

It was gathered that Peremobowei, one of the three joint top scorers in the just-concluded Prosperity Cup, a local tournament organised by the Bayelsa State Government met his untimely death while returning home in a canoe shortly after taking his wife and three children to a higher ground to escape the raging flood.

According to eyewitness accounts, the canoe which was conveying him and six other persons from the Federal Medical Center waterfront capsized because it could not withstand the current of the raging flood.

Confirming the incident, the coach of Bebelebiri FC which he played for during the last edition of the competition, Kenneth Dreams, said that the popular footballer died in the process rescuing other occupants of the canoe.

He said “He took his family to an IDP camp because the flood had taken over his house. So, while returning home, he boarded a canoe with six others when the current of the raging flood capsized the boat.

“We heard that he was able to save four persons who were involved in the boat mishap before drowning at the end. He was a great player during the tournament but we have no other choice but to accept the loss.”

The deceased’s younger brother, Earnest Komboye, who also confirmed the incident said, “Due to the high current of the flood, they lost control of the boat when they smashed into the Government Jetty Barge. He was the only one that knew how to swim well and he rescued the five persons with him. I think he was exhausted and was washed away by the current.”

He also confirmed the last person rescued by his late brother is at the Federal Medical Center, Yenagoa for treatment.

Komboye, said the loss of his brother to flood is painful and a huge loss to his wife and two children, aged between 10 months (girl) and 3 years (boy), “the family is appealing to the State Government to assist the deceased’s children and the family at this trying moments.”