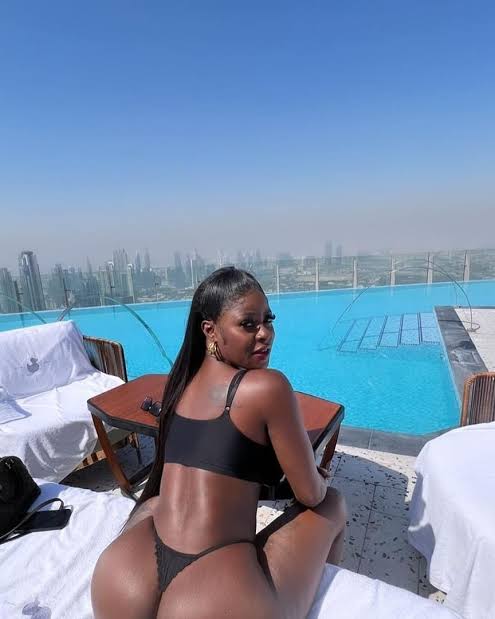 Khloe Abiri, a former housemate on BBNaija, justified her decision to get a body surgery to improve her physical appearance despite being a Christian who was brought up according to the Mountain of Fire Ministries, MFM, doctrines.

In a recent conversation with media personality, Chude Jideonwo, Khloe Abiri when asked why she underwent surgery despite it not glorifying God and her MFM faith, justified it by saying no one should even undergo any type of surgery if they are trying to please God.

“My mind is my BIble even though I try to follow God’s words according to the Bible. A woman that has fibroid goes through surgery, same with cancer, so why not leave it to God to take care of it for you instead of helping yourself through surgery? God helps those who help themselves.

“If it doesn’t glorify God, don’t even go under the knife, go and be drinking anointing oil but no, you help yourself to treat cancer and fibroid with surgery and then you say mine is different.

“Didn’t we all go under the knife to solve a need, experience the same surgical process, and were sedated, we are all hypocrites…sinners judge other sinners for sinning the way they sin.” Khloe defended.

Speaking further in the interview, the BBnaija star bragged about being obsessed with her new shape and vowed not to ever sleep with a man for money. She further spilled that her womb is sealed.

’I will never sleep with any man for money. I can only get pregnant if I wish to because my wombs are sealed…..When it comes to relationships, I take my time, I can flirt with a 100 but I know when i see a serious one. At this stage of my life, I won’t go into a relationship that won’t lead to marriage in six months.” Khloe stated.