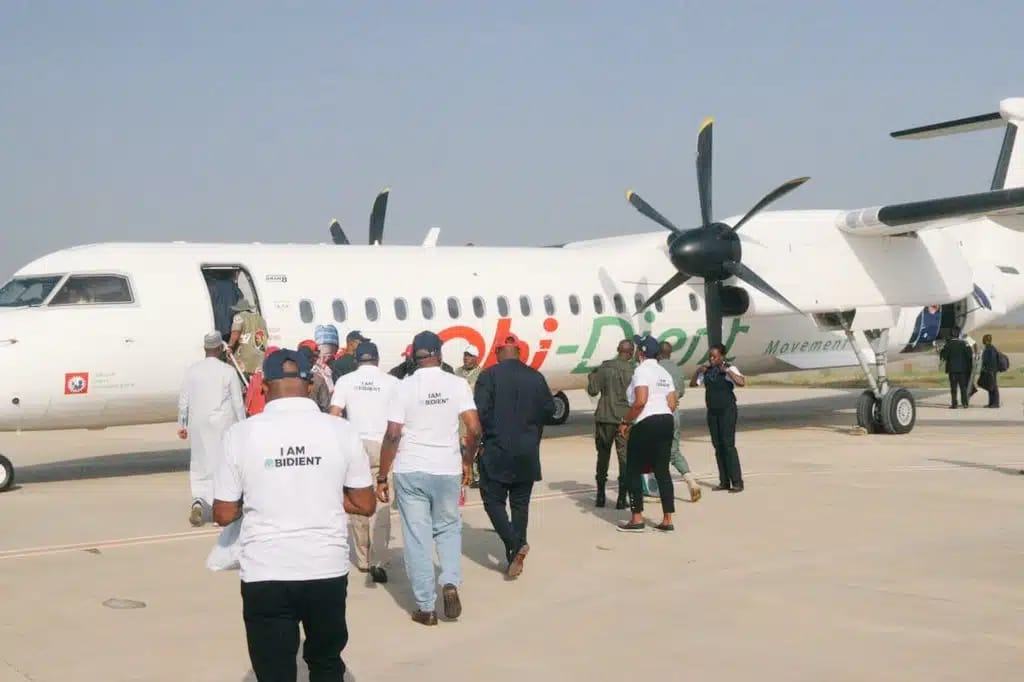 The Head of Media of the Obi-Datti Campaign, Diran Onifade, made this known in a terse statement on Wednesday.

The statement was shared by the former Anambra governorship candidate and LP stalwart, Oseloka Obaze, via his Twitter page.

Onifade claimed that the plane was grounded for regulatory reasons by the Nigerian authorities, asking Obi supporters to ignore any mischievous rumour regarding the incident.

The LP chieftain, however, stated that the party’s massive rally in Ibadan, the Oyo State capital, will still hold as planned.

He said: “The Obidient plane was grounded today by the powers that be ‘for regulatory reasons’ only. Please ignore any mischievous rumours. Our massive rally in Ibadan is going on as planned.”