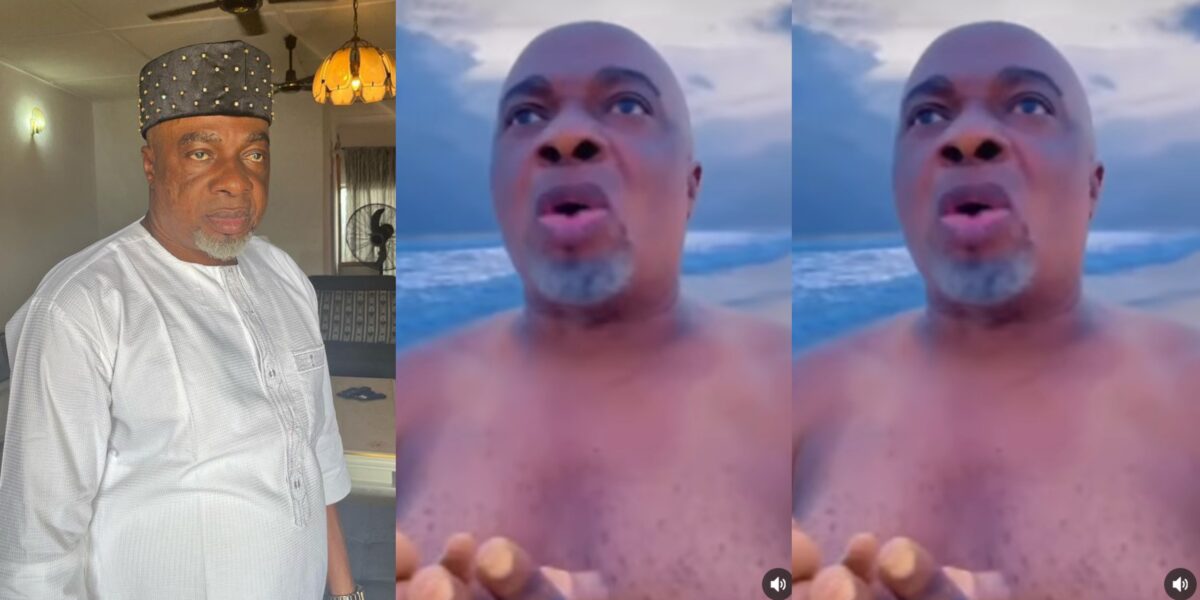 Recall that the actor made headlines last week after a video of him naked at the beach, praying for the Tinubu’s success in the 2023 elections surfaced online.

In an interview with TVC ‘Your View’ host, Morayo Brown, he revealed that he was commanded to do it spiritually.

According to him, a voice spoke to him while he slept, and told him to prove his love for Asiwaju by going naked and praying for him.

“I was asked to stand up and do it spiritually. I have a gift of revelation by Almighty God. Sometimes I see what God plans for me ahead before it happens. I was sleeping that day and a voice came to me and said, “Please stand up! You said you love Asiwaju and he has been assisting you and I said yes. The voice told me to stand up and go do it”, he said.