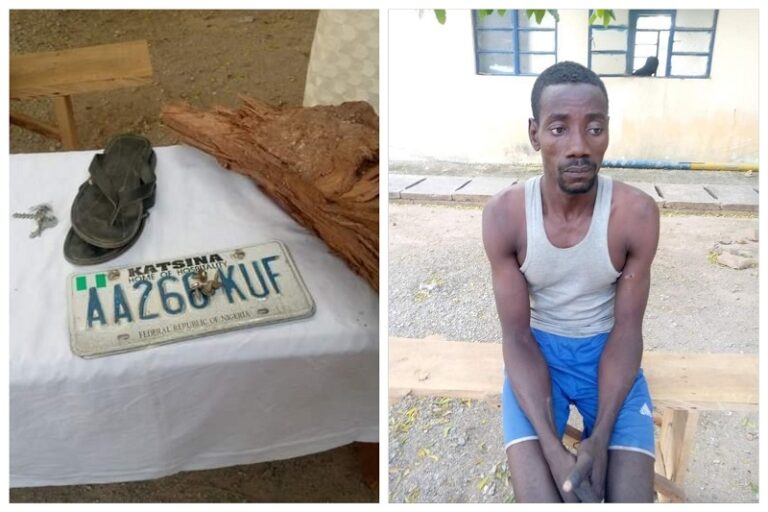 Laminu Saminu, a 29-year-old teacher from Katsina, has been arrested for poisoning and killing Sanusi Bawa, an officer with the Nigeria Security and Civil Defence Corps (NSCDC), in Katsina state.

Bawa, was a friend and final year course mate of Saminu at the Federal College of Education, (FCE), Katsina.

The State Police Command spokesperson, SP Gambo Isah, revealed in a statement that the teacher who poisoned the victim lived in the Bakin Kasuwa quarters in the Mani Local Government Area of Katsina.

READ ALSO: US Based Nigerian Murders Friend, 2-Year-Old, Over Debt

“The suspect asked the victim to park his vehicle and they entered the uncompleted building together where he served him a “Fura da nono” mixed with poison to drink.

“After drinking the Fura, the officer became unconscious.

“Consequently, the suspect hit the victim with a wood on the head until he died.

“He then threw the corpse inside a well in the house and covered it with sand,” the police said of how the teacher poisoned his friend.

“In the course of investigation, the police discovered that the suspect called the wife of the deceased on phone and told her that to get her husband vehicle’s documents,” he said.

Isah said the police traced and arrested the suspect, who also confessed to the commission the crime.

He said a packet of rat poison, a firewood and the Volkswagen, Golf, Saloon car with registration number AA 266 KUF, belonging to the deceased were found in the possession of the suspect.

He said that investigation was ongoing and the suspect would be charged to court.