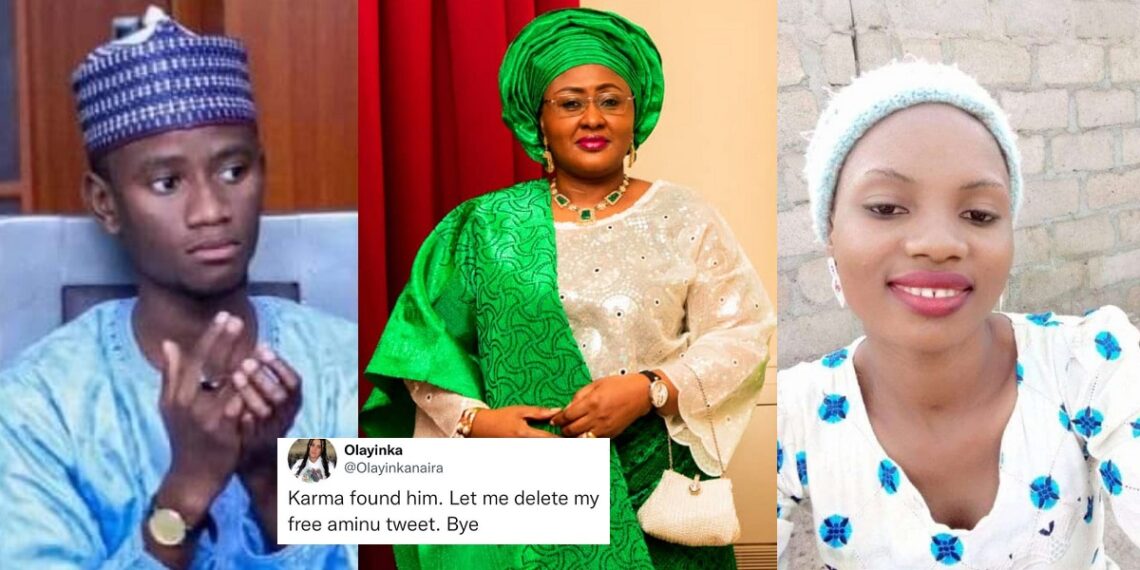 Mixed reactions have trailed the new development which showed that the detained student of the Federal University, Dutse, Jigawa State, Aminu Adamu, supported the gruesome killing of Deborah Samuel.

Recall that Deborah, a 21-year-old student of Shehu Shagari College of Education, Sokoto, was stoned to death and set ablaze by her fellow students over alleged blasphemy in May 2022.

At the time, Aminu posted a photo of a T-shirt with Deborah’s face and the inscription, “Murdered For Peace”, and threatened to harm anyone who wears it in Bauchi State.

He wrote in the caption, “Duk Wanda yasa wannan rigar ah Bauchi sai munchi uwarsa” which translates to “whosoever wears this shirt in bauchi will be dealt with….. SEVERELY!!!”

The tweet has since sparked outrage among Nigerians and many who initially called for his release have dissociated from him, saying it’s his karma.

They asserted that he deserves the punishment he’s currently receiving and should be made to face the full wrath of the law. 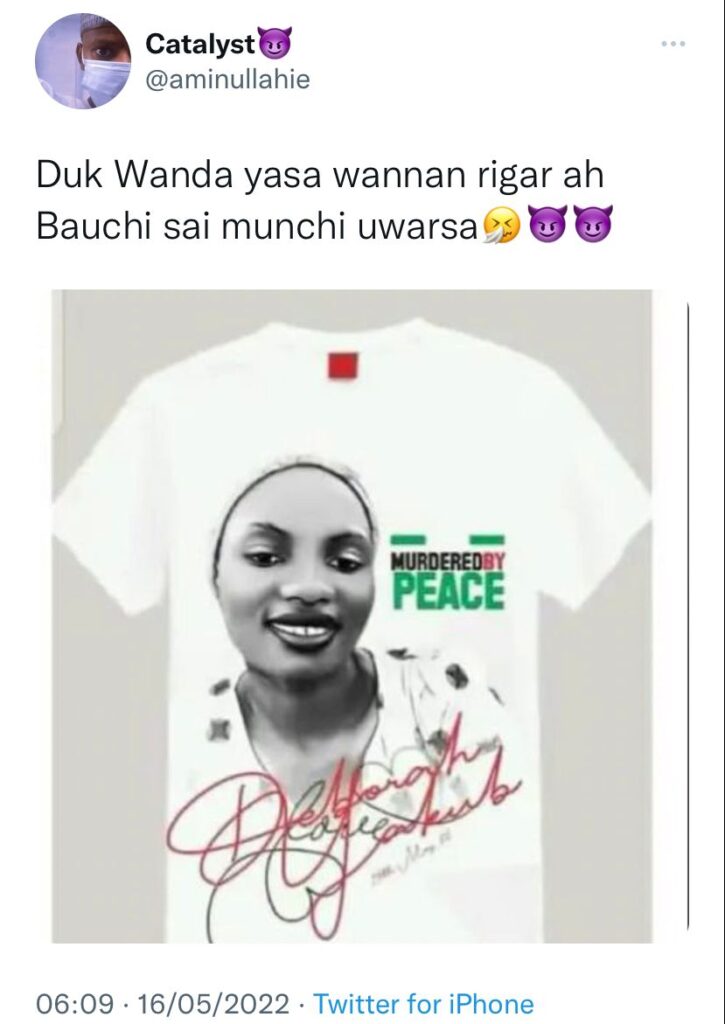 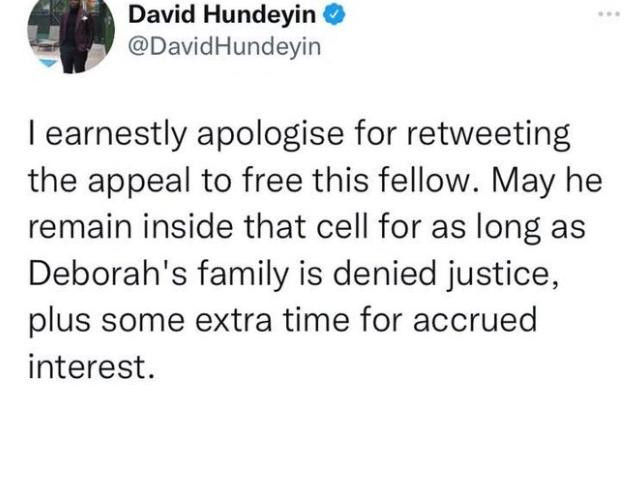 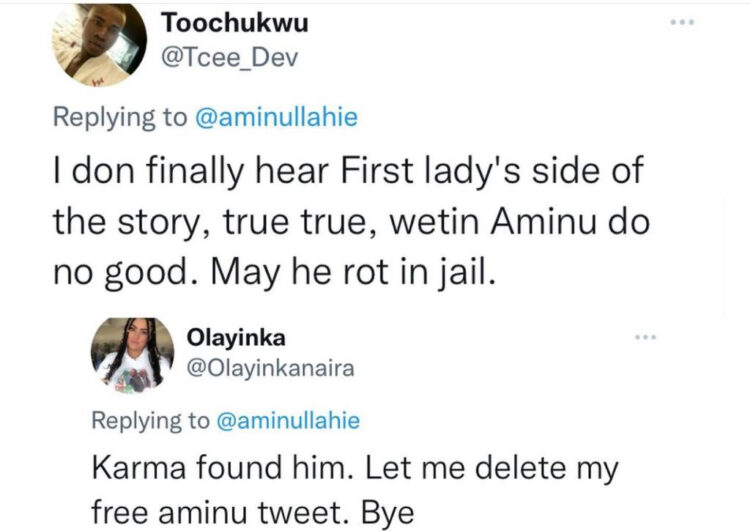 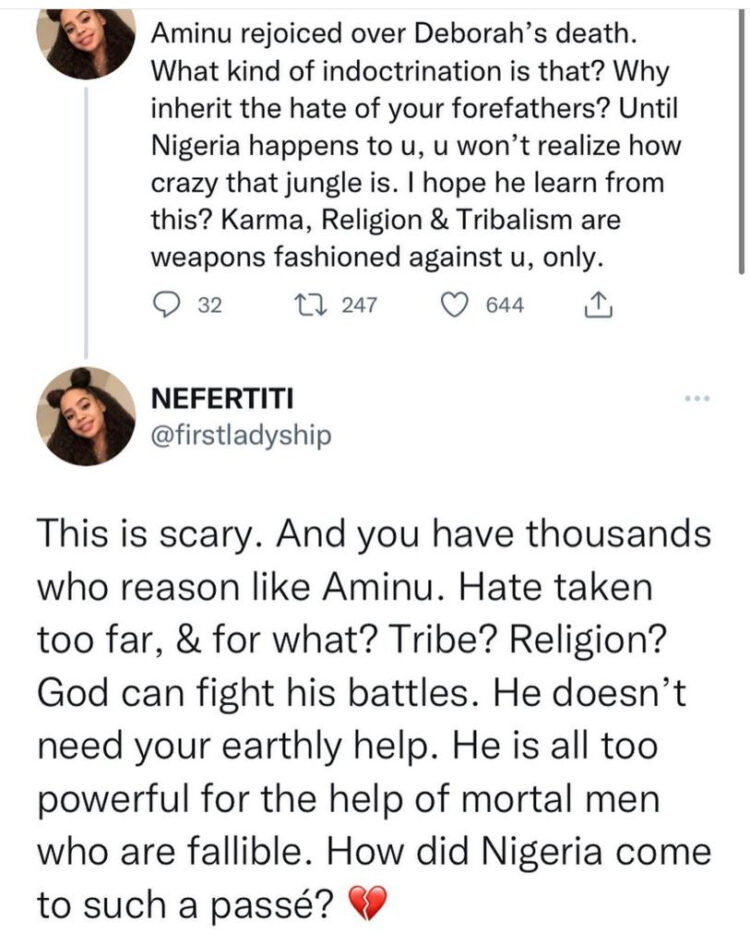 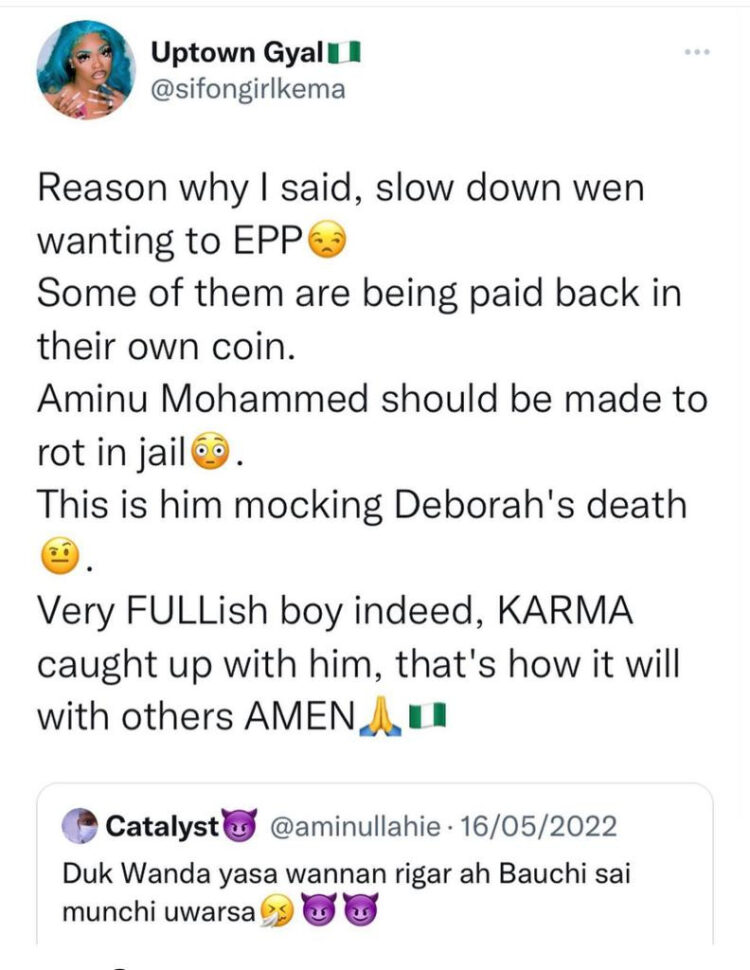 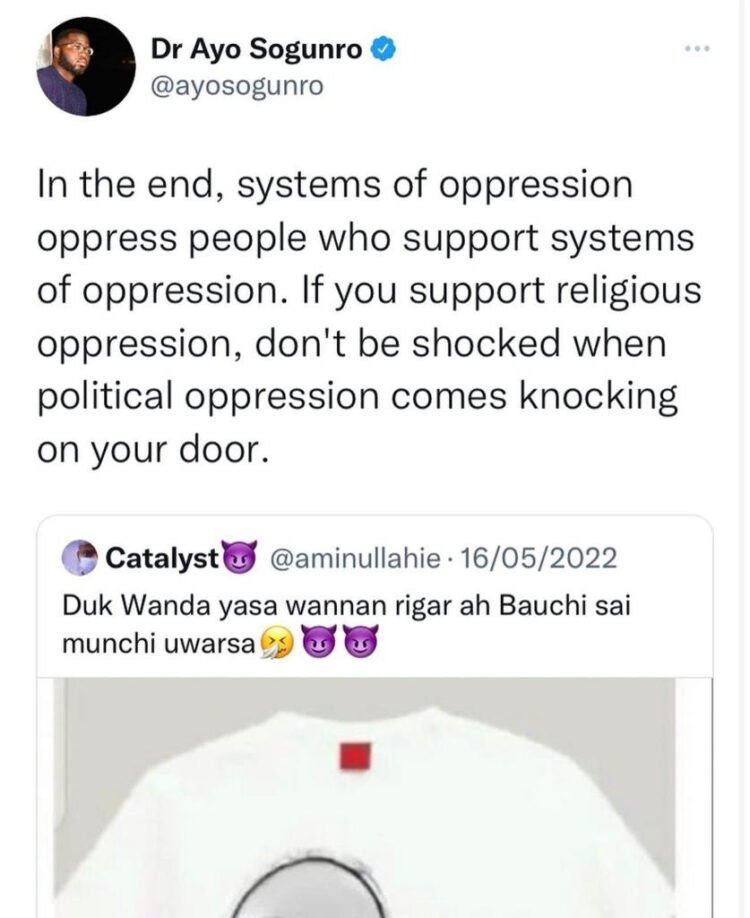