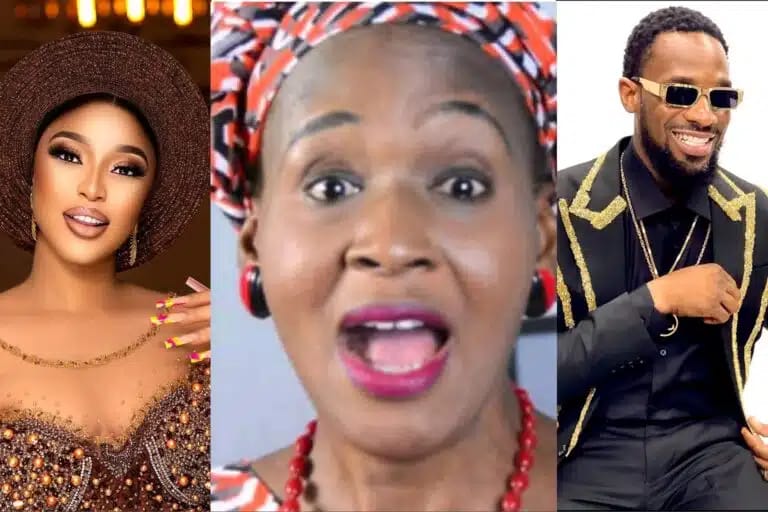 Kemi Olunloyo, a self-acclaimed investigative journalist, has reacted to D’banj’s arrest by the Independent Corrupt Practices and other Related Offences Commission (ICPC) over suspicions of fraud.

Olunloyo used her Twitter account to express her thoughts on the matter, saying celebrities and influencers have no reason to be brand ambassadors for the government.

She further stated that Nollywood actress, Tonto Dikeh should be investigated in her role as the ambassador of The National Agency for Prohibition of Trafficking in Persons and Other Related Matters (NAPTIP).

She noted that celebrities and influencers can play a huge role with government agencies without attaching it to money.

She wrote, “Brand Ambassadors are NOT needed at Govt agencies. If you want to advocate or volunteer, do it. Not everything is money. Tonto Dikeh must be investigated in her brand ambassadorial role with @naptipnigeria. Tomorrow is World Anticorruption day. Financial improprieties are rampant. ” 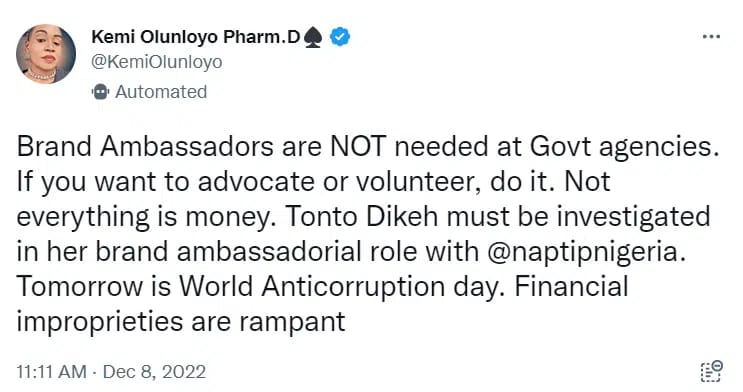