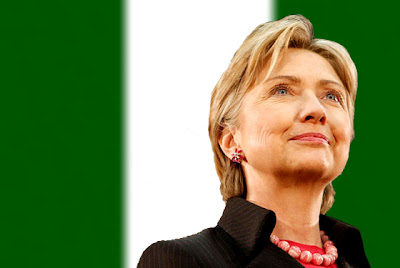 From Naijaloft
The Secretary of atate to the United states of America Hillary clinton as part of her seven nation trip to Africa is visiting the federal republic of nigeria.
Hillary Clinton wife of former US president Bill Clinton has made it clear that the main point of her visit would be to discuss the Boko haram murders, The unlawful Killings of the Boko Haram leade and the Boko Haram financier which has been condemned by many authorities all over the world including The United Nations Human Rights Comissioner in Geneva.
U.S. Intelligence officers have been in Nigeria for days in a bid to ensure that adequate security will be provided for Hillary Clinton. The strict security being put in place and coordinated by the U.S. Embassy in Abuja has taken security agents to many points Hillary Clinton is to visit, including the Nnamdi Azikiwe Airport where she is expected to arrive on Tuesday.