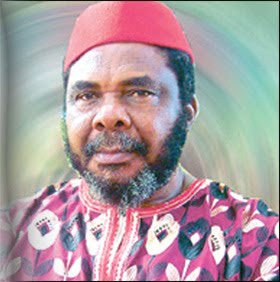 Popular nollywood actor Pete Edochie has been released from the custody of kidnappers after a ransom was paid.
Pete Edochie who is one of the most prominent faces in nollywood was kidnapped in Onitsha by an armed gang which took only him after a shootout.
Pete Edochie was held for about 24 hours, From 17th August to 18th August.