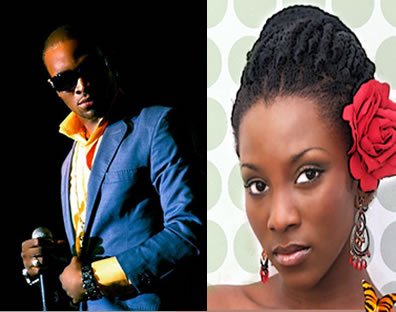 Multiple awards winning cross-over actress, Genevieve Nnaji, is currently not happy with the self-acclaimed Koko Master, D’banj.Shortly after Genevieve featured in the video of Fall In Love, a smash hit song from D’banj, the musician has been spreading tales of romance between him and the beautiful actress.

A source close to both of them claimed that although D’banj sought the consent of Genevieve before announcing to the public via a magazine interview that he is dating the actress, she did not know the action will boomerang.

“The idea, as initiated by D’banj, was to use the story as a strategy to popularise the video, but Genevieve never envisaged that it would turn out to be something that will attract huge criticism from her teeming fans and the public.

“As I speak to you, she is regretting it and she is not happy with D’banj for going that far, all in the name of making his video popular,” the source hinted.