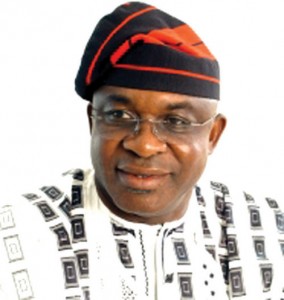 The Senate President, David Mark, has called on the federal government to elongate the one year compulsory National Youth Service Scheme to two years.

He made the call in Abuja when he addressed the 125 National Defence College (NDC) participant’s course 18 graduates and their directing staff. He said the additional one year should be devoted to military training.

Mr Mark argued that the current three-week orientation program is “just inadequate.” He suggested that, in addition to the military training, the first year should also be devoted to training the graduates in discipline, national interest, values and inculcation of patriotism, ideals of nationhood and development. “I believe that when we get our national interest and values right with proper discipline among the youth and commitment to our fatherland, the ingredients needed for national survival, and the malaise in our society would have been erased,” he said.

Nigeria currently practices a scheme where all graduates of tertiary institutions below the age of 30 compulsorily give one year of service to the nation. The corps members are posted to a state different from their home state and state of residence. The scheme was initiated after the civil war, to encourage national integration.

The Senate President also called on the federal government to upgrade the NDC to a defence university. He argued that the achievements of the NDC and its curriculum meet global standards for a university, and have adequately prepared the institution for the upgrade.

The National Defence College was formerly the National War College and the Senate President was one of the founding directing staff of the institution at its inception in 1992. He was also part of the lawmakers that amended the act establishing the NWC to NDC.

“We don’t need war, but a strong defence force that would propel national development,” he added.

He also called for adequate funding of the armed forces to back up our democracy, saying, “A strong democracy requires strong defence.” On the recent amendment of the constitution, Mr Mark said the National Assembly has fulfilled one of the cardinal promises made to Nigerians at its inauguration in 2007. “We started with electoral reforms because it will form the basis for free, fair and credible elections Nigerians are yarning for.”