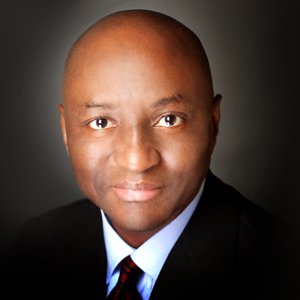 The banking guru, who had been on medical leave, passed on yesterday afternoon in the United Kingdom.

There had been several rumour and denials of his death since April, this year.

Since he went on medical leave, Mr. Segun Agbaje has been running the bank in an acting capacity.

A statement from the bank reads: “With a deep sense of loss, but with gratitude to the Almighty God, we write to notify you of the passing on to eternal glory of our dearly beloved Managing Director/Chief Executive Officer, Mr. Tayo Aderinokun. Mr. Aderinokun who had been on Medical Leave, passed on this afternoon, Tuesday, June 14, 2011, in the United Kingdom.

“During his time as Managing Director, the bank witnessed tremendous progress and growth and had emerged over the years as an industry leader, pacesetter of unique and progressive innovations in the banking industry. The bank is now easily acknowledged and recognised as one of the most profitable and professionally managed corporate institutions in Nigeria and has been the recipient of several awards for exemplary corporate governance practices and excellent customer service.

“In addition, Mr. Aderinokun was also the recipient of numerous awards as an acknowledgement of his sterling leadership role in the achievements of the Bank. The awards include ‘Banker of the Year’ at the inaugural ThisDay Awards in 2006, Most Respected CEO by PricewaterhouseCoopers in 2008 and ‘African Banker of the Year’ by the “African Banker” magazine in September, 2009.

He was also a recipient of the National Award of Member of the Federal Republic of Nigeria (MFR) and a Fellow of the Chartered Institute of Bankers, Nigeria (FCIB).

Tayo Aderinokun had his first degree in Business Administration from the University of Lagos and an MBA with special concentration on International Business from the Graduate School of Management, University of California, Los Angeles.

His professional working experience was gained working with several financial institutions beginning with the Central Bank of Nigeria in Calabar, where he did his National Youth Service (1977-1978).

He was at Prime Merchant Bank Ltd (1988 and 1989) as an Assistant General Manager rising to the position of Head of the financial services division of the Bank. In 1989, he set up a non-bank financial institution, First Marina Trust Ltd., which he ran for a year.

In 1990, he co-founded Guaranty Trust Bank Plc where he served as Deputy Managing Director before taking over in his current position as Managing Director/Chief Executive Officer in August, 2002.

He was responsible for strategic policy direction as well as day-to-day administration of the bank.

He was a fellow of the Chartered Institute of Bankers (CIBN) and held a recipient of the national award – Member of the Federal Republic of Nigeria.
Source: Compass Newspaper