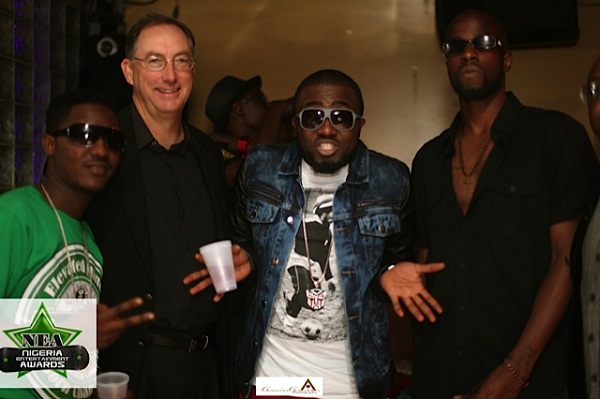 2011 Nigeria Entertainment Awards: “And the Winner Is…”

New York, NY – (Sept.6th, 2011) – Over the weekend, the city of New York played host to some of Nigeria and Africa’s finest in the entertainment industry, during the three day long Nigeria Entertainment Awards event. The event line-up included a welcome party, seminar, movie premiere, the official award ceremony followed by the after-party. The main event being the award ceremony was definitely the highlight of the weekend, with nominees, guests and fans being able to finally hear the words “and the winner is…”

This year’s NEAs definitely lived up to the organizers promises of bigger, and better. The entertainment seminar was not only informative, but served as a great networking medium for great minds. The movie premiere of ‘The Return of Jenifa’ gave loyal fans of the movie the opportunity to not only enjoy the movie, but the chance to connect with the main act, Funke Akindele who was present at the premiere, and also hosted the award show. The award show itself was stellar, with outstanding performances that thrilled the sold out theater, and great laughs by the show’s hosts Funke Akindele and Julius D’ Genius Agwu.

At the Award Ceremony, Waje, winner of the Best R&B/Pop Artist of the Year, thrilled the crowd with her version of Sade’s “Sweetest Taboo” and Bob Marley’s “Turn Your Light Down Low” before doing one of her original tracks. The crowd was on their feet to get a good view of the performance of one of top producers in the game now and also the winner of the Producer of the Year Awards, Singer and Producer Sam Klef aka Sam Klef Noni. Sound Sultan was super in his first performance at the NEA Awards.

The show closed with the performance of MI, Jesse Jagz and Ice Prince aka Choc Boyz. Each of the artists performed their hit songs. MI kicked off the performance his hit song “Action Film” with Jesse Jagz on the drums,  then comes in Ice Prince who then performs his new hit single “Superstar”. Jesse Jagz performed “Wetin Dey”. The group then did a skit of “The Light”, the song made popular by Rapper Common and followed up with “Africa Rapper #1”. The crew departed the stage briefly only to return to perform what the crowd probably was hoping to get a glimpse of – Ice Prince’s performance of “Oleku”. The performance drew the stars in the house onto the stage, an NEA tradition, where all the celebrities in attendance always go on stage to dance to the last performance of the evening.

After weeks of voting, anxiously waiting and with over 8,900 votes, the winners of the 2011 NEA Awards are as follows:

Congratulations to all the nominees and winners in the different categories.

A special thank you goes to all partners and sponsors of the 2011 NEA Awards, all of whom contributed in making the NEA weekend a huge success. Also, thank you to all nominees, performers, guests and all who attended for being a part of the success. The organizers look forward to doing it all over again next year.

For more information on the NEAs, please visit www.nigeriaentawards.com. For pictures, videos and event coverage please visit our Facebook page and also ‘Like’ the page. For real time updates follow us on Twitter @NEAAwards

For sponsorship, advertising, press inquiries and any other inquiries please contact:

Note: Information Nigeria is a media partner of the Nigeria Entertainment Awards