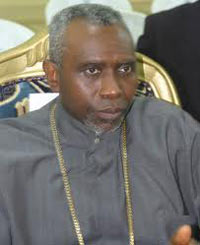 As a result of the rampant attacks being suffered by innocent Nigerians especially in the Northern states (particularly in Jos) and the seeming inability of the law enforcement agencies to either bring the murderers to book or to provide citizens with the necessary protection and security. The Christian Association of Nigeria (CAN) has called on the Presidency to allow every man arm themselves.

The statement made by the national president of CAN, Pastor Ayo Oritsejafor read:

Question: Can this work in Naija, besides what happens to those who can’t afford a gun? If the Government wants to legalize guns they might as well provide ambulances first. What do you thinK?