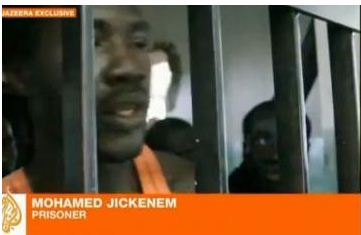 Despite the reports made available by CNN and Al jareez that Nigerians in Libya were being raped, mauled and killed indiscriminately by Libyans rebels. The Minister of Foreign Affairs, Amb. Olugbenga Ashiru has denied the claims saying  “We have made necessary contacts and verification, no Nigerian has been harassed or attacked in Libya.“This development was confirmed by our former Ambassador to Libya. So, Nigerians in Libya are safe.“I can only add that we can confirm now from the contact made that those attacked were Nigeriens and Malians.”

He said: “The Government of the Federal Republic of Nigeria wishes to note with concern reports of incessant abuse of helpless civilians in Libya by some unscrupulous elements who continue to take undue advantage of the ongoing crisis in that country, particularly to carry out attacks on Black migrant workers and other Black Africans stranded in Libya arising from the crisis in that country.

“Regrettably, these reports revealed outright killings, rape and extortion of money from these helpless Africans who have taken refuge in camps as well as those in detention and incarceration.

“This development is a deviation from the overall expressed desire of the TNC, the African Union and indeed the United Nations for the restoration of democracy and good governance in Libya .

“These extra-judicial killings certainly run contrary to Nigeria ’s call for the leadership of the TNC to be magnanimous in victory and can only stand in the way of peace building, early reconciliation and reconstruction in Libya .

“While confirming that the concern of the Nigerian government on this reported development has accordingly been brought to the urgent attention of the representative of the TNC, the government seizes this opportunity to call on the leadership of the TNC to immediately take steps to check the excesses of these unscrupulous elements in Libya in order to pave the way for the restoration of genuine democracy and true reconciliation for all Libyans.