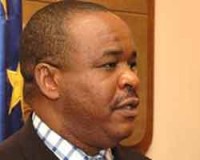 THE Federal Executive Council (FEC) yesterday directed the Ministry of Works to immediately begin the process of checking stress on all bridges in federal highways and to ensure that they are maintained regularly. To attain this end, the Council approved a N1.06 billion contract for repairs on Third Mainland Bridge Phase II in Lagos. The contract, awarded to Messrs Borini Prono Construction Ltd has a completion period of nine months. Minister of Information, Mr. Labaran Maku, told journalists after the Council meeting, alongside his counterparts at Works (Mike Onolememen) and Science and Technology (Prof. Ita Okon), that the Council affirmed that “we should not wait until something is wrong (before the bridges are repaired). This nation must invest on maintenance. Some of the huge amount spent now fixing the roads should have been saved if there were properly maintenance.” And after about five months of inquiry, the Senate ad-hoc panel investigating activities of the Bureau for Public Enterprises (BPE) between 1999 to date, came out with a verdict, calling for the removal of the Director-General, Bolanle Onagoruwa, just as the panel recommended that former Minister of the Federal Capital Territory (FCT), Malam Nasir el-Rufai, and some of his successors be reprimanded. In a report presented to the Senate yesterday, which is expected to be considered today, the panel said among other things: “That the former Directors-General, Malam Nasir el-Rufai, Dr. Julius Bala and Mrs. Irene Nkechi Chigbue, should be reprimanded by the NCP for seeking approval directly from the President instead of the NCP as stipulated in the Public Enterprises Act 1999. “That Dr. Julius Bala should be investigated by anti-graft agencies for giving approval to Folio Communication Limited for the illegal sale of assets of Daily Times of Nigeria Plc and that Director-General, BPE, Bolanle Onagoruwa, be relieved of her appointment for gross incompetence in the management of the Bureau of Public Enterprises and for illegal and fraudulent sale of the five per cent of Federal Government of Nigeria’s residual shares in Eleme Petrochemicals Company Limited (EPCL).” Also yesterday, the Senate committed to the Committees on Appropriation, Judiciary and Human Rights, President Goodluck Jonathan’s request for virement. Before the referral, the Deputy Senate President, Ike Ekweremadu, had advised that the National Assembly should contemplate extending implementation period of the 2011 budget to next year. Jonathan has requested for approval of the virement for the effective implementation of the 2011 Appropriation Act by such ministries and departments as Ministries of Niger Delta Affairs, Capital Territory Administration, Agriculture and Rural Development, Education, Justice, Health, Aviation and Lands, Housing and Urban Development. Also listed was the Police Formations and Commands. Maku noted that some of the country’s bridges such as Jebba Bridge, Lokoja Bridge, Benue Bridge and others, were now very old and “we need to ensure that there is a regular process of checking them, of measuring their integrity, that in every year’s budget, there is provision to maintain the major bridges in the country.” Maku also said the Ministry of Science and Technology also got approval from FEC to go ahead with the experimentation of the solar panel it has been producing at Karshi in Nassarawa State where it has been carrying out research to ensure that Nigeria joins the rest of the world in the general shift towards clean energy, particularly solar energy. Meanwhile, the call for state police in the county resonated on the Senate yesterday as the chamber began a move aimed at effecting far-reaching reforms in the Nigeria Police Force. This came on the heel of a bill brought to the chamber by the Senate Leader, Victor Ndoma-Egba (SAN) seeking “an Act to Repeal the Police Act Cap P19 Laws of the Federation 2004 and re-enact the Nigeria Police Service that shall protect the rights and freedom of persons in Nigeria….” Ndoma-Egba, in the lead debate, explained that the idea behind the bill is to set up a service-oriented modern Police that would meet globally acceptable policing standards in a democratic setting to replace the current Police Force, conceptualised and set up in the colonial environment more to protect the colonial interest than to protect and safeguard the Nigerian citizen. When passed into law, he said the bill will replace the Act, which came into effect on April 1, 1943, with its subsequent amendments. Some of the highlights of the bill include section 5, which seeks to set up a police organisation to be known as the Nigerian Police Service to replace the Nigerian Police Force “thereby removing the colonial vestiges of the police, making the service more responsive to modern day policing in an independent nation governed by the constitution and laws promulgated there-under and to bring it within acceptable global standards of policing in democratic counties.” Section 7 of the bill also establishes the modern Nigerian Police Council, which includes the Minister responsible for Police Affairs and the Attorneys-General of the various states instead of governors of states as contained in the extant Police Act. Senate President David Mark, before putting the question on the debate, cautioned that the lawmakers should not misconstrue the bill for creation of state police. He told the senators that whoever was interested in the issue of state police could sponsor a bill to that effect so that the constitution amendment could take care of such request.