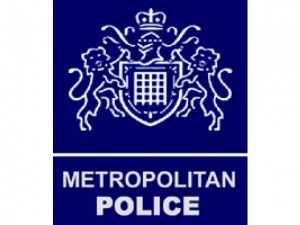 The British police have vowed to strengthen its fight against corrupt Nigerian politician who laundered money to the UK.

This comes after ex-Delta state governor, James Ibori, was convicted by a Southwark Crown Court in London for stealing billions of Naira from the Delta state treasury, and transferring his loot to the UK.

The Unit head of the Proceeds of Corruption Unit of London’s Metropolitan Police, Detective Chief Inspector Jonathan Benton, in an interview with CNN revealed that some measures would be applied against corrupt Nigerian politicians following of the Ibori’s conviction.

“We hope that, by tackling the likes of James Ibori, we’re saying to those stealing from the state purse, you can’t have your children at private school in London. You can’t have a multimillion pound house in one of the most affluent areas of London. You can’t drive around in top of the range vehicles. We won’t let you move money around to buy multimillion pound jets.” Chief Inspector Benton said.

Mr Benton disclosed that his unit which comprises twelve detectives, traces the flow of foreign politicians’ money through London.

While examining the role played by British banks in aiding Ibori to loot his state’s treasury, it was found that Nigerian politicians find London an attractive location for laundered funds.

The spokesman for the British High Commission in Nigeria, , Hooman Nouruzi, said in a statement that according to the UK law;

“Money acquired through corrupt and illegal practices should be confiscated and should not be available to be used by criminals to fund an affluent and privileged lifestyle for themselves and their families.

“Crown Prosecution Service prosecutors have already obtained confiscation orders against associates of Mr James Ibori and have asked the Court to make a confiscation order against Mr Ibori himself. A confiscation order is a requirement to pay a specific sum of money. It does not prohibit activities such as paying school fees, but this is likely to be a consequence of illegal funds being frozen or paid back”.

According to Robert Palmer of anti-corruption NGO, Global Witness, “London holds a double attraction for corrupt politicians. We are a major financial and legal centre so there’s a lot of expertise, and there’s also a lot of assets that go through the British financial institution, so it’s easier to disguise your assets….but there’s a prestige about being able to bring your assets and your wealth into the UK.”