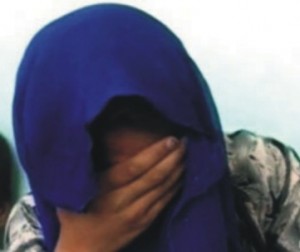 A 56-year-old man has been arrested by the police in West Virgina for fathering three children with his daughter.

It was gathered that the shameless man had been involved in an incestuous relationship with his own daughter for the past 28 years.

The daughter, who is now 35, told police investigators that her father started abusing her since the age of 7. It was revealed that she gave birth to three kids for her father when she was 14, 19 and 20.

The children of the man’s incestuous relationship with his daughters are now aged 21, 16 and 15.