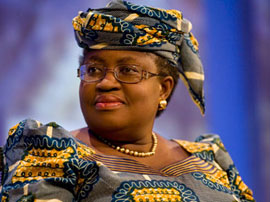 Recently, the House of Representative had threatened to resume impeachment proceedings against President Goodluck Jonathan if by September this year a 100% implementation of the budget has not been achieved.

However, recent revelations from the government quarters have shown that the Federal Government is not ready to play ball. In a statement by the Minister of Finance and Coordinating Minister of the Economy, Dr Ngozi Okonjo-Iweala, she pointed out why this might be impossible.

Speaking to the media after a Federal Executive Council meeting in Abuja, the minister said that ““In terms of 100% implementation, I think that what I read that was said by sections of the National Assembly was that we would have to do 100% implementation of the budget by September… First, in my experience worldwide, there is hardly any country where you would implement 100% even by the end of the year and this is based on very broad experience.”

However, reacting to the Federal Government’s stand, the House of Representative has insisted that it is 100% implementation or nothing. According to spokesman for the House, Zakari Mohammed, “The resolution on impeachment proceedings against Mr. President by September 18 if budget implementation is not up to 100 per cent stands… It is a resolution of the House, not a resolution by one person. There is nothing that can be done to change that resolution before September 18.The House is on break; we are not working now. We cannot continue to respond to the same old issue.”