Home General News Is the Federal Government Just There to Supervise the Killings of its...
Facebook
Twitter
WhatsApp 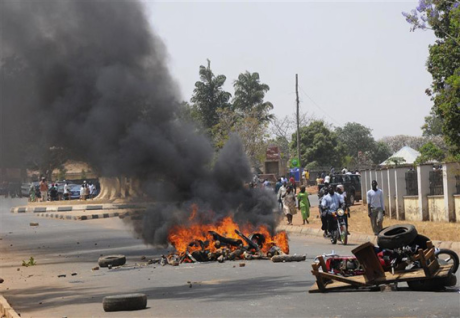 Members of the Plateau State House of Assembly on Tuesday held an emergency session to discuss the state of security in the state. The session, which was presided over by the Deputy Speaker, Hon. John Bull Shekarau, among other things afforded the lawmakers the opportunity to bare their minds on the unfortunate attacks in the state which resulted in the death of many people including one of their members.

The lawmakers, who were all dressed in black, commenced the day’s business by observing a minute silence as a mark of respect for their departed colleague. In his opening address, Shekarau said: “It is with deep feelings of pains that we converge for this emergency sitting… This is because since the beginning of this political dispensation in 1999 we have never experienced what we are going through today.

He continues… “One of us in this House, member representing Barkin Ladi constituency died in the attack at a time he went to burry members of his constituency killed in an earlier attack… More worrisome to us is the fact that one of the three senators representing the state in the National Assembly also died in the same attack. These are too heavy to bear. This is more than a tragedy; it is a calamity of immense magnitude and I belief the best honour we can do for our slain legislators is to come here put our heads together to review the state of Plateau State.”

In his closing remarks the deputy speaker submits that: “The violence in the state and in the country is getting to its climax. Is the Federal Government just there to supervise the killing of its citizens every day?… We have resolved as a House that Mr President owes us explanation and he should come out and tell Nigerians what is going on.”