The National Emergency Management Agency, NEMA, has said there was no bomb blast in the National Youth Service Corps orientation camp in Bauchi.

There have been a lot of rumours making rounds since early morning about a bomb blast in Bauchi state NYSC orientation camp in Wailo, killing fifty youth corpers.

However, NEMA spokesman, Yushau Shuaibu, has dismissed the rumour in a short message on Wednesday that the reported killings of corps members in a blast were untrue.

“NEMA wishes to inform the public that there wasn’t any explosion in Bauchi today as has been speculated,” he said.

A statement from the Governor’s Office, signed by the Chief Press Secretary to the Governor, Ishola Michael Adeyemi, described the rumour as “baseless, unfounded and an information that cannot be substantiated by the mongers who are bent on disrupting the peaceful atmosphere in the state.”

Mr. Adeyemi described the story as the handiwork of a few enemies of peace who want to cause unnecessary panic among the people, particularly the corps members who are visitors to the state.

“As a government we are committed to the protection of lives and properties of every law abiding citizen of the state, adequate security measures have been put in place and we are working hands in hands with all security agencies in the state and the effort is paying [off] as Bauchi State has remained peaceful in spite of the security challenges the country is facing,” he said.

He assured families who have children and wards at the Wailo NYSC Orientation Camp that the situation there is calm and that corps members were seen going about their normal camp activities without any hindrance. He further called for the rumour to be disregarded as “adequate security measures have been provided at the Camp.” 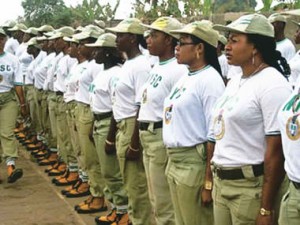