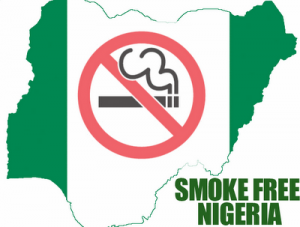 Any driver in Lagos State caught smoking while driving will now be made to pay N20,000 as fine in the new traffic law recently passed by the state House of Assembly.

The bill, which is for a law to repeal the old traffic law and enact a new one as well as make provisions for road traffic and vehicle inspection in the state, has been forwarded to the office of Governor Babatunde Fashola for his assent.

The new traffic law also stipulates that driving against traffic, popularly known as one way driving, now attracts a three-year jail term, while a first offender gets one year term and the vehicle forfeited to the state government.

Bullion vans are also not exempted from the law as any bullion van driving in a direction prohibited by the road traffic law would be forfeited to the state government.

Owners of vehicles abandoned on highways in the state would now face three years jail term or a fine of N50,000 In some cases, the vehicle owner could face both fine and imprisonment.

The bill, which emanated from the executive arm and aimed at regulating vehicular movement, also has inputs from stakeholders who made contributions at a public hearing concerning the bill.

According to Schedule 1 Section 2 of the traffic offences and penalties, motorcycle riders who go against traffic or ride on kerb, median or road setbacks would be fined N20,000 if they are first offenders, but for subsequent offenders, they would be fined N30,000 or the motor-cycle would be impounded.

Riding motorcycles without crash helmet for rider and passenger will attract N20,000 or three years imprisonment or both.

The law also prohibits under-aged person from riding motorcycles as they would be fined N20,000 if caught.

Operating a motorcycle in a restricted area or on prohibited routes will now attract N20,000 or the motorcycle could be impounded.

Section 4 of the bill stipulates that residents who drive without valid driver’s licence would have their vehicles impounded.

Learner drivers without permit will be fined N20,000 and driving with fake number plate attracts N20,000 for first offenders, six months imprisonment or both.